Economy
Women in the needlework industry and gender relations 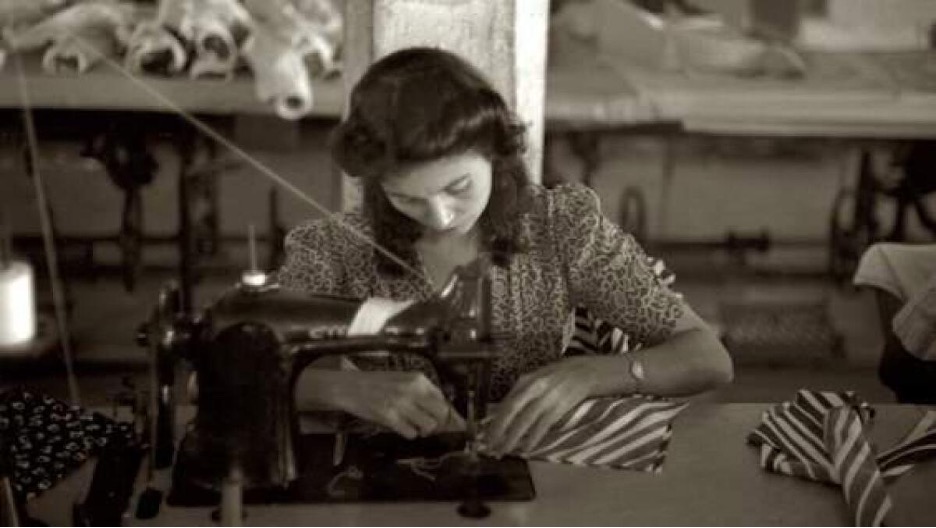 At the end of the 1940s, Puerto Rico began a process called Operation Bootstrap in coordination with U.S. capital interests. The Industrial Tax Exemption Act was created in 1948 and established tax breaks for fifteen years. In addition to tax breaks, low salaries were often the main attraction for businesses (Dietz, 228). It was within this framework of cooperating with U.S. capital that a new era in the needlework industry arose.  Author Helen I. Safa provides important data in her book “From Dependents to Providers: Women and Industrialization in the Caribbean,” which illustrates the financial conditions that affected the lives of women in the needlework industry.

In 1950, clothing factories were established and hired thousands of women, especially in the cities. In this first stage, the women hired had little or no education, and many had begun working in the industry at age 15 (Safa, 285). In the second stage, during the 1960s, the companies producing clothing mostly hired women between 26 and 35 years old who had children and some amount of education (Safa, 91). This hiring affected women who had been hired in the 1950s. Companies closed their factories in the cities and moved their operations to rural areas to continue receiving tax benefits. (Safa,90). This forced long-time employees, who were 50 years old or older and had been working for 25 or 30 years to spend money on public transportation. Women faced new obstacles along with the old difficulty of reaching retirement at age 62, when they would receive a pension of $100.00 a month (Safa, 87). These women’s fears increased as they saw the employers’ preference for younger workers, suffered from their lack of education, and recognized the impossibility of being hired at their age in a new kind of work.

The financial conditions faced by these women, both in the 1950s and 1960s, and even in the 1980s, greatly influenced gender relations. Some working single women in the needlework industry contributed to the budget of their extended families. The mother was in charge of housework while the daughter worked in the factory and contributed to the total family income (Safa, 111). Despite their importance as providers, however, these women did not question the patriarchal order. Married women contributed 40 to 60 percent of the family budget. Husbands, in most cases, accepted their work and did not consider it a threat to their authority, as they recognized that they could not live on one salary (Safa, 120). In cases where the woman was the head of household, however, some considered a man to be an obstacle to their development. Although there is no broad proof that shows a relationship between the entrance of women into the working world and divorce, there is a relationship between access to a steady income and a desire among working women to aspire to better opportunities. Many women preferred to assume financial responsibility for raising their children than to submit to a relationship that restricted their freedom (Safa, 116).

In terms of gender relations inside the factories, it is important to note that in these businesses in the 1980s the management positions were almost entirely occupied by men. They determined the future of the women, who could not oppose them. For example, it was decided to hire young women, affecting the job security of the older, long-term employees (Safa, 105). The union leaders were also men and women could only be delegates. This hierarchy led to a pattern of paternalistic relationships in which there was little participation by young women, more aggressive participation by long-term employees, and control of decision-making by men.

From the point of view of government administrators, the work of the women was considered supplementary income to the man’s salary, when in reality it was the most important contribution in many cases, considering how low the needlework industry pay was in comparison to other labor sectors. The relationship between the government and the factory – in which the man was seen as the main provider – favored reduction of work weeks for long-term employees. The government provided a subsidy to the women to complement their precarious employment, but that just meant, in the end, that these women went from the private patriarchy of a father or spouse to the public patriarchy of the government (Safa, 134).

As the number of female heads of household and primary wage earners increased, Puerto Rican patriarchal society has accepted that they should have control of their income, their property and the decisions within their families. However, they continue to be responsible for domestic work, which forces them to work a double shift. In labor and political spheres, they are subject to the patriarchy, in a system that makes them victims of precarious employment and dependent on government aid (Safa, 133). These factors make social mobility impossible for many women, despite higher levels of education.