In 2009, Sonia Sotomayor was nominated by President Barack Obama as associate justice of the United States Supreme Court. She was confirmed in August of that year by the United States Senate. She is the third woman and the first Puerto Rican to be appointed to the highest judicial post on the federal level.

Sonia María Sotomayor was born on June 28, 1954, in the Bronx, New York, the daughter of Puerto Ricans Juan Sotomayor and Celina Báez. She attended primary school at the Blessed Sacrament Parish School and went to high school at Cardinal Spellman High School, both located in the Bronx.

She won a scholarship to continue her university studies in History at Princeton University in New Jersey. At Princeton she distinguished herself with her work with the student association Puerto Rican Action, which worked to provide greater opportunities for Puerto Rican students. She was also part of the board of directors of the university’s Third World Center and a member of the Discipline Committee, which was in charge of passing judgment on cases of student infractions.

That same year, she entered the Yale University Law School in Connecticut with a scholarship. She was the editor of the Yale Law Journal and the Yale Studies in World Public Order. She was also one of the directors of the Latin American and Native American Students Association. She completed her Juris Doctor degree in 1979.

After graduating, she went to work as an assistant to Robert Morgenthau, the district attorney in New York City. During that era, she worked on all kinds of criminal cases, from minor offenses to the most notorious cases of police brutality and child pornography. She held that position until 1984 when she went to work as a civil lawyer in the firm of Pavia and Hartcort, which specialized in corporate law and intellectual property, among other services. In general, she represented international companies that wanted to do business in the United States or wanted to guard their intellectual property or trademarks, such as Fendi and Fiat. In 1988, she became a partner at Pavia and Hartcort.

In 1991, the Democratic Senator from New York, Daniel Patrick Moynihan, recommended her as a candidate for district judge to replace outgoing Judge John Walker. Republican President George H. W. Bush nominated her for the seat on November 27 that same year. After some initial objections, the Judicial Committee confirmed Sotomayor as New York District Court judge on August 11, 1992, making her the youngest judge on the court. She was also the first Hispanic to be a judge at that level in New York.

During her time on the bench in New York, she heard more than 450 cases, among which was Silverman vs. Major League Baseball Player Relations Committee, Inc., in which she wrote a judicial opinion that prevented the owners of the teams in Major League Baseball from using replacement players during the strike of 1994. This forced the two sides to come to an agreement. Another case was Dow Jones vs. U.S. Department of Justice (1995), in which she ruled that the newspaper could publish a photocopy of the suicide note left by an aide to President Bill Clinton.

On June 25, 1997, President Clinton nominated her for a seat on the Federal Court of Appeals for the Second Circuit that had been left vacant by Judge J. Daniel Mahoney. Her nomination was approved on October 2, 1998. Once again, she was the first woman of Hispanic descent to be named to the post. She heard 3,000 cases and issued 400 opinions. Six of her decisions were reviewed by the United States Supreme Court and four of them were overturned.

Among the cases she heard and for which she issued an opinion during her time on the Court of Appeals were Center for Reproductive Law and Policy vs. Bush (2002), in which she ruled that the federal government has the right to deny federal funds to foreign organizations that support abortion as a method of family planning in other nations; Pappas vs. Giuliani (2002), in which she wrote an opinion that the New York Police Department could not fire an employee because he sent racist messages through the mail, because it was done during his free time and not as part of his employment; and Ricci vs. De Stefano (2008), in which she ruled against a group of white firefighters and one Hispanic firefighter when they sued the city of New Haven for denying them promotions because there were no black firefighters eligible for a promotion that year. The Supreme Court overturned that decision.

On May 26, 2009, President Barack Obama nominated Sonia Sotomayor as a candidate for associate justice on the Supreme Court, the highest court in the nation. She was nominated to fill the seat left vacant by Justice David Souter. Some Republicans opposed her nomination, but in the end she was confirmed by the Judicial Committee in July and by the full Senate in early August. On August 8, 2009, Sotomayor was sworn in as associate justice of the Supreme Court, becoming the first female Hispanic – and the third woman – to hold that post.

Sotomayor also served as a professor at the New York University Law School from 1998 to 2007. She has also taught courses at the Columbia Law School since 1999 and has been a member of the Princeton University administrative council since 2006. She has given a large number of speeches and participated in various community programs.

In 2014, she published her memoirs under the title “My Beloved World.” 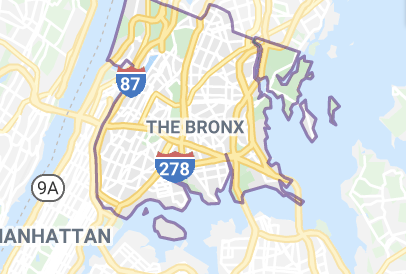