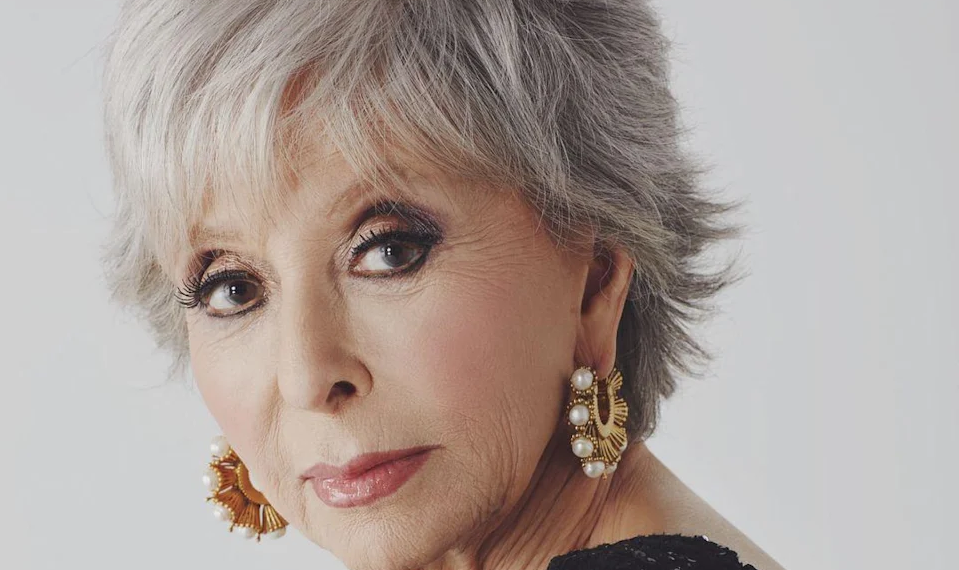 The only Latina woman to win the four most important prizes in the U.S. entertainment industry: an Oscar, a Grammy, an Emmy and the Antoinette Perry Award for excellence in theater.

She was born December 11, 1931 in Humacao. Her given name was Rosa Dolores Alverío. At age five, she moved with her mother to New York City. She adopted the surname of her stepfather, Edward Moreno. She began taking dancing classes as a child and at age 11 she began her artistic career under the name Rosita Cosio, dubbing U.S. movies into Spanish. At age 14, she got her first role on Broadway in the work “Skydrift.” 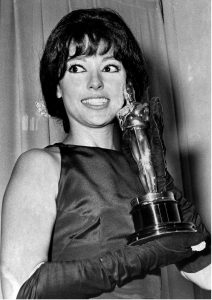 At age 17, she was recruited by an agent with the Metro Goldwyn Mayer Studio. She appeared in more than 30 minor films in which she played stereotypical Latina or Indian roles such as in “The Garden of Evil” (1954) and “Untamed” (1955). In 1961, she got the role of Anita in the film version of the Broadway musical “West Side Story,” for which she won the Oscar as best supporting actress in 1962.

From 1971 to 1977, she was part of the cast of the children’s program “The Electric Company.” In 1972, she won the Grammy for the musical score of the program. In 1975, she won the Tony award as best actress for the theatrical work “The Ritz,” in which she played Googie Gómez, a character she created. The following year she again played the same character in a film version of the work. She won her first Emmy in 1977 for her part in “The Muppet Show” and a second one for her appearance in “The Rockford Files” in 1978.

During the 1980s and early 1990s, her career was mostly focused on television series such as “Nine to Five,” “B.L. Stryker,” “The Love Boat,” “Miami Vice” and “The Cosby Show,” as well as movies made for television. She was the voice of the character Carmen in the FOX network’s animated program “Where on Earth Is Carmen San Diego?” (1994-1996) and was part of the cast of the series “Oz” on HBO. Since the 1990s, she has returned to cinema, performing mainly in independent films such as “I Like It Like That” (1994).

She began the new century by releasing an album, “Rita Moreno Sings,” on the Varèse Sarabande record label with notes by Michael Feinstein. In 2006, she played Amanda Wingfield in the creation of the Tennessee Williams play “The Glass Menagerie.” She also had a recurring role on the television series “Law & Order: Criminal Intent” as the late mother of detective Robert Goren. She was part of the main cast of the series “Cane,” starring Jimmy Smits and Héctor Elizondo, in 2007.

In 2011, she accepted the role of the mother of the character Fran Drescher in the television series “Happily Divorced” and in September of 2011 she performed an autobiographical monologue in the Berkeley Rep Theater in Berkeley, California, called “Rita Moreno: Life Without Makeup,” written by Tony Taccone. In 2013, she published her autobiography under the title “Rita Moreno: A Memoir.”

Two years later, she recorded her first album in Spanish, titled “Una vez más” (2015), produced by Emilio Estefan. It included the song “Preciosa” by Rafael Hernández. From 2017 to 2020, Moreno played the matriarch of a Cuban-American family on “One Day at a the Time,” a new version of the situation comedy of the same name from the 1970s by Norman Lear. The series was originally released on streaming service on Netflix.

“Rita Moreno: Just a Girl Who Decided to Go for It” is the title of the documentary about her life that premiered in 2021. It was directed by Puerto Rican Mariem Pérez Riera. It outlines the life of the artist: her education in Puerto Rico, the separation of her family and the culture shock when she moved to New York with her mother. In the documentary, the Puerto Rican from Humacao explains how she forged a lasting and successful career in the midst of the sexism and racism of Hollywood. The film also presents the conflicts in her sentimental relationships, including, for example, her eight-year love affair with actor Marlon Brando, as well as her marriage with cardiologist Lenny Gordon, who died in 2010.