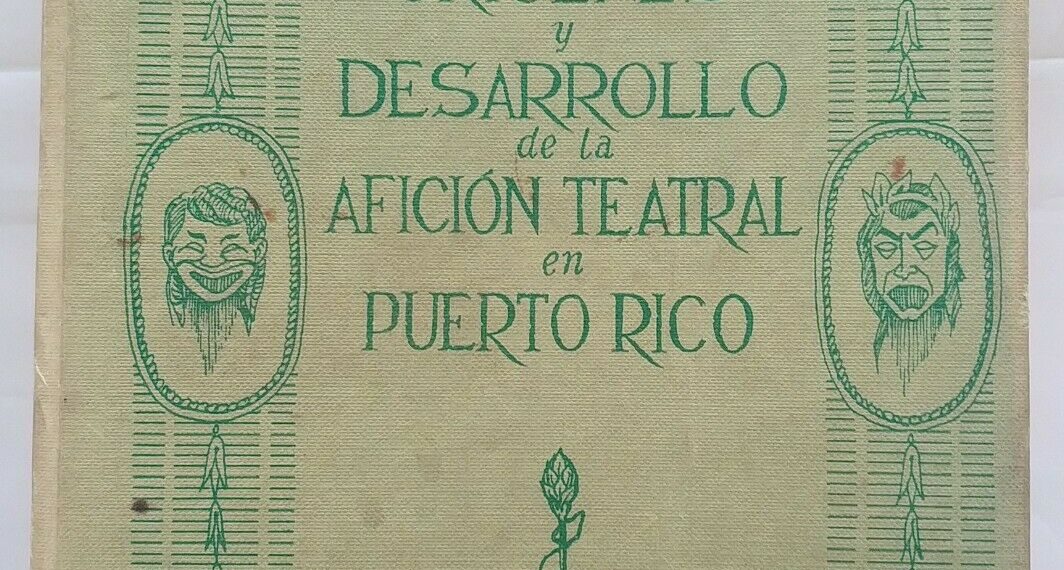 In the performing arts, it is the human actor or artist, performing before a live audience, who serves as the main instrument or means of expression. The performing arts include theater, pantomime, recital, and dance, as well as opera, zarzuela, and other forms of musical theater. Of these genres, theater has experienced the greatest evolution in Puerto Rico. Throughout the course of our history, it has provided a living expression of who we are as a people.

The earliest examples of theater in Puerto Rico date back to the first inhabitants before the Spanish conquest and colonization. The areyto was a Taino ceremony that drew on some of the key elements of theatrical performance: actor and audience, costume, make-up, dance, poetry, and music. Although the areyto was performed until about 1560, it eventually disappeared with the extermination of the island’s indigenous population.

European Theater Comes to the Island

The conquering Spaniards brought a new culture and worldview to the shores of Puerto Rico, which were quickly absorbed after the demise of the Taino. The first theatrical performances in Puerto Rico following the arrival of the Spaniards were staged in the 17th century. Archival documentation indicates the presentation of Spanish comedies alongside sacramental rites and processions during the celebration of Corpus Christi, and other Catholic observances. From this period, only a few letters and documents written by the bishops refer to dances, comedies, and masques, which were intermingled with the liturgical rites, and quite often censored by the clergy. Churches served as the only permanent meeting places during this time. When theatrical plots or themes were deemed inappropriate by the Church, outdoor stages, a concept imported from Spain, began to be used for performances.

During the 18th century, the practice of presenting sacramental rites and profane theatrical works continued, both inside and outside the confines of the church. The clergy and regular citizens served as actors. Female characters were played by boys until the mid-18th century, when the practice of using prostitutes or female slaves as actresses was adopted.

In 1746, various festivities were arranged in Puerto Rico to commemorate the death of King Philip V and the succession of his son, Ferdinand VI. Due to the island’s considerable poverty, and an epidemic outbreak that lasted until April of the following year, these celebrations were delayed until May 1747. Four comedies were presented as part of the commemoration.

By this time, the custom of the guild “play-maker,” who would write one-act farces to be performed extemporaneously had evolved. One such author was Lorenzo de Angulo, who, according to the Spanish historian Angel López Cantos, was Puerto Rico’s first actor and dramatist.

Angulo’s texts, which were inspired by the political and social realities of the island, were never published, since printing had yet to come to Puerto Rico. Based on the information provided by contemporary chroniclers, we do know that by 1747 Angulo was already improvising performances and staging farces on the streets of San Juan.

In 1789, in honor of the coronation of King Charles IV, four comedies were presented in San Juan. The performances were paid for by the Regiment of Naples, as well as by students, guild members, and the director general of admissions of the Royal Hospital in San Juan. There is no record of which comedies were performed.