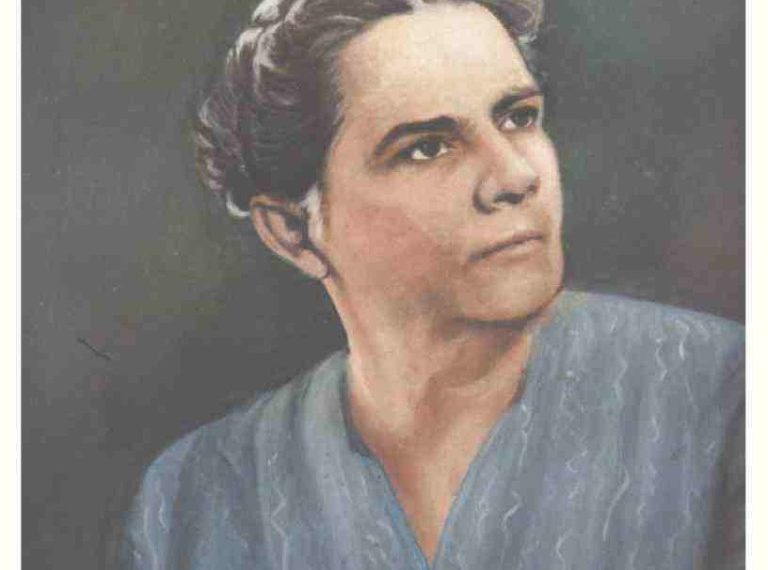 María Luisa Arcelay spoke out for the rights of Puerto Rican women there and in New York, and founded a civic and cultural club for women in Mayagüez. In 1932 — the same year “literate women were allowed to vote” in Puerto Rico — Arcelay was elected the 1st woman legislator in Latin America.

María Victoria Luisa Fundadora Arcelay De la Rosa was born on December 7, 1894, in Mayagüez. Her parents were Ricardo Arcelay Ríos and Isabel De la Rosa Turull. She went to elementary school in her home town. In 1913, she moved to Río Piedras to study at the Normal School (University of Puerto Rico), from which she graduated as an English teacher at the elementary level. She returned to Mayagüez, where she worked as an English teacher at the Theodore Roosevelt Elementary School. To earn additional income, she began to work a second job as an office worker at the Benet & Co. sewing workshop.

In 1917, she opened her own sewing workshop on Sol Street in Mayagüez. As the business grew, she moved it to a site on Post Street, then later to Méndez Vigo Street and finally to an industrial building on Post Street at the corner of Bosque Street. She eventually employed 400 needlework workers, mostly women. In the beginning, the embroidery and sewing were done by hand, but industrial machines were used later. The business remained in operation until 1965.

In 1929, a law was approved that granted the right to vote to women who could read and write. In 1932, in the first elections in which women could vote, María Luisa Arcelay ran for a seat in the legislature under the banner of the coalition between the Republican Union Party and the Socialist Party.

María Luisa Arcelay was re-elected in 1936. In March of the previous year, a law had been passed giving all women the right to vote, even if they could not read. During the eight years she represented District 16 of Mayagüez in the House of Representatives, she created and co-authored a large number of bills and resolutions, among which were the laws that established the Puerto Rico Lottery, created juvenile courts and orphanages, formed a pension fund for teachers and cooperatives for handmade goods, and imposed penalties on parents who did not provide support for their children.

She was chairwoman of the Agriculture and Commerce Committee in the legislature and was a member of the Education and the Treasury and Labor committees. Her civil and social work also included directing the Puerto Rico Price and Rationing Board in wartime and the Mayagüez Children’s Home. She was also a member of the Women’s Civic and Cultural Club of Mayagüez.