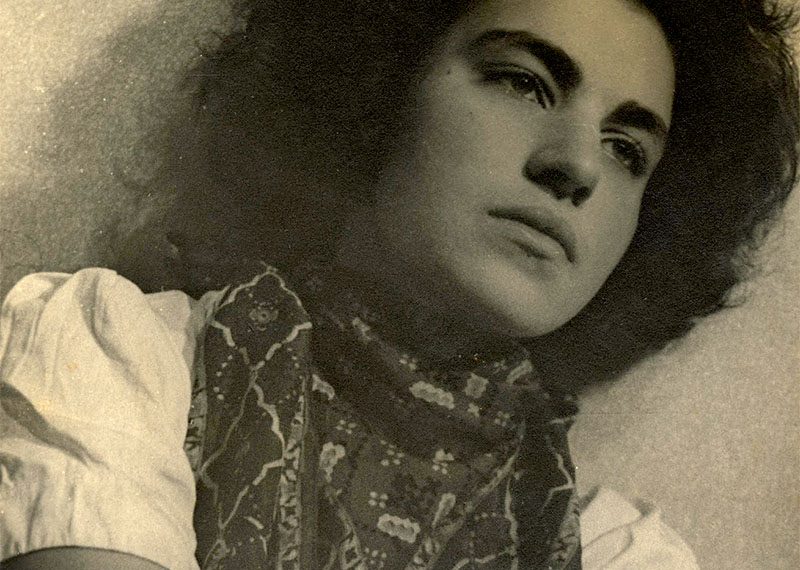 Her work as a designer and teacher of serigraph was pioneering in the development of those arts in Puerto Rico. Her institutional designs of books and posters won many awards throughout her life.

Irene Esser was born on May 1, 1919, in Detroit, Michigan. She was raised in Toronto, Canada. Her father, who was Jewish, was a prominent ophthalmologist, among the first licensed to practice medicine there. Her mother was from Odessa in Ukraine. She worked making serigraphs on cloth and later introduced advanced batik techniques to the United States.

Irene studied piano from an early age and earned a Certificate of Excellence in piano from the Hambourg Conservatory of Music in Toronto in 1928. In 1935, she moved to Philadelphia, where she studied painting at the Pennsylvania Academy of Fine Arts. It was there she met her future husband, Jack Delano (1914-1997), an outstanding photographer, cinematographer and composer.

After graduating in 1937, she traveled in Europe for five months. In 1938, she settled in New York, where she participated in the exhibit “Young American Artists” at the R. H. Macy and Co. Gallery. The following year, she worked as an assistant to painter Anton Refregier in creating murals for the New York World’s Fair. On July 5, 1940, she married Jack Delano. For three years, she accompanied him in his travels for the Farm Security Administration (FSA), which commissioned him to document in photographs the situation in the United States.

In December of 1941, she visited Puerto Rico for the first time to join Delano, who had been sent by the F.S.A. to photograph all the towns of the island and the Virgin Islands. This time, she stayed in Puerto Rico for more than three months.

In 1943 and 1944, during World War II, she served in the Air Force at the Wright-Patterson Air Base in Dayton, Ohio. There, she designed training manuals, posters, magazines, books and brochures. On June 11, 1944, she was given the Award of Emblem for Civilian Service. After the war, she worked designing the magazine Photo Memo for the Standard Oil Company.

From 1946 on, Irene and Jack Delano established their permanent residence in Puerto Rico. Irene designed publications for the Information Division of the Office of the Governor in San Juan. One of the first was a brochure of general data on the island, titled “Puerto Rico Handbook.”

In 1947, the artist organized and directed the first serigraph and graphic arts workshop for the Parks and Recreation Commission. She trained the team on the serigraph technique. For two years, she produced posters and books. Along with Francisco Palacios, she designed the poster “Danger” and the serigraph brochure “Why the Pineapple?”

The following year she was named director of the graphics section of the Community Education Division (DIVEDCO, for its Spanish acronym) in the Department of Public Education, a position she held until 1952. At that institution, she selected and trained the technical team, as well as introducing the serigraph method to the most important young artists of the era, including Julio Rosado del Valle, Lorenzo Homar, Rafael Tufiño, Francisco Palacios, Juan Díaz, José Manuel Figueroa, Eduardo Vera, Manuel Hernández Acevedo, Félix Bonilla Norat, Luis Padial and José Menéndez Contreras.

In 1949, she designed the first People’s Almanac for the Parks and Recreation Commission. In 1950, she won a Certificate of Excellence from the American Institute of Graphic Arts and the Printing for Commerce Exhibition for her design of the commemorative brochure of the inauguration of Governor Luis Muñoz Marín.

For the Community Education Division, she designed the “Christmas Singer” and the first two volumes in the series “Books for the Public: How Sugar Cane, Coffee, Tobacco and Many Other Things Came to the Island” and “How People Live in Different Parts of the World.” In 1951, she helped organize the “Exhibition of Engravings in Books and Print” in the University of Puerto Rico School of Humanities Exhibition Hall in Río Piedras. The following year she resigned from DIVEDCO to establish her own independent graphic design shop. One of her first works there was the design of the book “75th Anniversary of Albert H. Lee & Son, Inc.”, with drawings by Lorenzo Homar. In 1952, she also designed the letterhead and logo for La Fortaleza at the request of the Governor of Puerto Rico.

Her design in 1953 of the annual report of the Puerto Rico Industrial Development Company (PRIDCO) won a certificate of merit and was a competitor for the bronze trophy the “Oscar-of-Industry” by the New York Printers Association. In that era, she began to design Christmas cards in serigraph for various branches of the government, for the Pava Prints company and others. In 1954, she created the illustrations for the publication “Law of Puerto Rico” and designed the official seals of the branches of the Department of Justice. She also designed children’s books, the first of which was “Children’s Carols,” by Tomás Blanco. That book was selected by the Library of Congress for its rare book collection.

In 1955, she created the sketches and design of the portfolio “Plenas,” with twelve etchings by Lorenzo Homar and Rafael Tufiño, along with an introduction by Tomás Blanco. She also illustrated Blanco’s book “The Five Senses.” In 1957 she won three Certificates of Merit from the New York Employing Printers Association for the designs of the annual reports of PRIDCO, the Water and Sewer Authority and the Puerto Rico Water Resources Authority. In 1959, she was named art director of the tourism promotion magazine “Qué Pasa,” a position she held until 1980.

In 1959 she also designed the book “Miserere,” meditations by Tomás Blanco about the book of the same name by Georges Rouault. Another work of Irene Delano’s was the design of the album cover of the record by Tomás Blanco, “Children’s Carols,” with narration by Leopoldo Santiago Lavandero and music by Jack Delano, performed by Jesús María Sanromá (harpsichord), Harold Collette (viola), Armida García and María Esther Robles (voices), produced by the Institute of Puerto Rican Culture.

In 1959, along with Jack Delano, she designed the set and costumes for the Gilda Navarra ballet “Sanjuaneras,” presented by Ballets de San Juan.

In 1960, her design of the Sixteenth Annual Report of Fomento Industrial was selected from among thousands to be part of the 18th Exhibition of Printing at the Hotel Commodore in New York. In 1962, Irene was appointed to the advisory committee that examined art programs for the Department of Public Education. The committee consisted of José F. Oliver, Fernando Monserrate, Félix Bonilla, Carlos Marichal, María Teresa Stahl and Ethel Ríos de Betancourt, among others.

In 1963, she worked with the Art Center in the San José school district. The projects done by the children were exhibited in the vestibule of the Department of Public Education building. The following year, two of her designs for “Children’s Carols” were selected for the UNICEF Christmas cards. Some 3,750,000 copies were printed. “The Nativity” and “The Epiphany” were a sales hit, according to a latter from the Director of the Cards Division. On December 4, 1964, her design was printed in color on the front page of the Washington Post.

In 1970, she designed the book “Stupid Peter and Other Tales” and created the pencil illustrations along with Jack Delano. In 1971, she published the illustrations in tempera for the book “The Emperor’s New Clothes,” an adaptation of the work by Hans Christian Andersen, that she had created with her husband since 1968. During the month of December in 1971, the original sketches were displayed at La Casa del Libro. The publication was chosen as one of the best children’s books in the world by Hans Halbey, director of the Klingspor Museum of International Modern Arts of Books, Typography and Calligraphy in the city of Offenbach am Main, Germany. One of the illustrations in “The Emperor’s New Clothes” was chosen for the cover of the catalog of children’s books for Random House, Alfred A. Knopf and Pantheon.

In 1974, Irene won the “Brooklyn Art Book for Children Citation” award for the design and illustrations for “The Emperor’s New Clothes,” presented by the Museum of Brooklyn for the “artistic excellence” in books for children. That same year, she designed the book “The Miracles in Metal and Wax of Puerto Rico” for La Casa del Libro. Along with her husband, she also designed the stage set and costumes for the ballet “Cinderella” by Prokofiev, presented by Ballets de San Juan.

In 1975, the Limited Editions Club put her in charge of designing the book “The Conquest and Settlement of the Island of Boriquen or Puerto Rico,” an English translation of the chronicles of the Spaniard Gonzalo Fernández de Oviedo. She created the illustrations along with Jack Delano.

The University of Puerto Rico Press hired her in 1976 to design the covers of its books and redesign its logo. Some of the titles she was responsible for were “The Benevolent Masters” by Enrique Laguerre (1976); “The U.S. Occupation and the Foraker Act” by María Dolores Luque de Sánchez (1980) and “Architecture in San Juan, Puerto Rico (19th Century)” by María de los Ángeles Castro (1980). In 1977, she organized and designed the display for the photography exhibition “The Youths of Playa de Ponce” at the Metropolitan Museum of New York. That year she also designed the format for the weekly “Prensa Libre” and worked with Jack Delano on the designs for creating the Pablo Casals Museum. In 1978, UNICEF chose her illustration “The Three Kings” from the book “Children’s Carols” for its Christmas cards.

The artist designed and worked on the production of the almanacs of 1978 through 1980 for the Playa de Ponce Services and Counseling Center. In 1980, she also designed the educational pamphlet “Women of Puerto Rico” for the Center for Social Research at the University of Puerto Rico.

In 1981, the group Cultural Affirmation organized the exhibition “Irene and Jack Delano in Puerto Rico,” presented at the University of Puerto Rico Museum of History, Anthropology and Art in Río Piedras. That year, Irene collaborated with Jack on his photographic project “Contrasts,” which included interviews with the people photographed.

Irene Delano died at her home in Río Piedras on February 4, 1982. 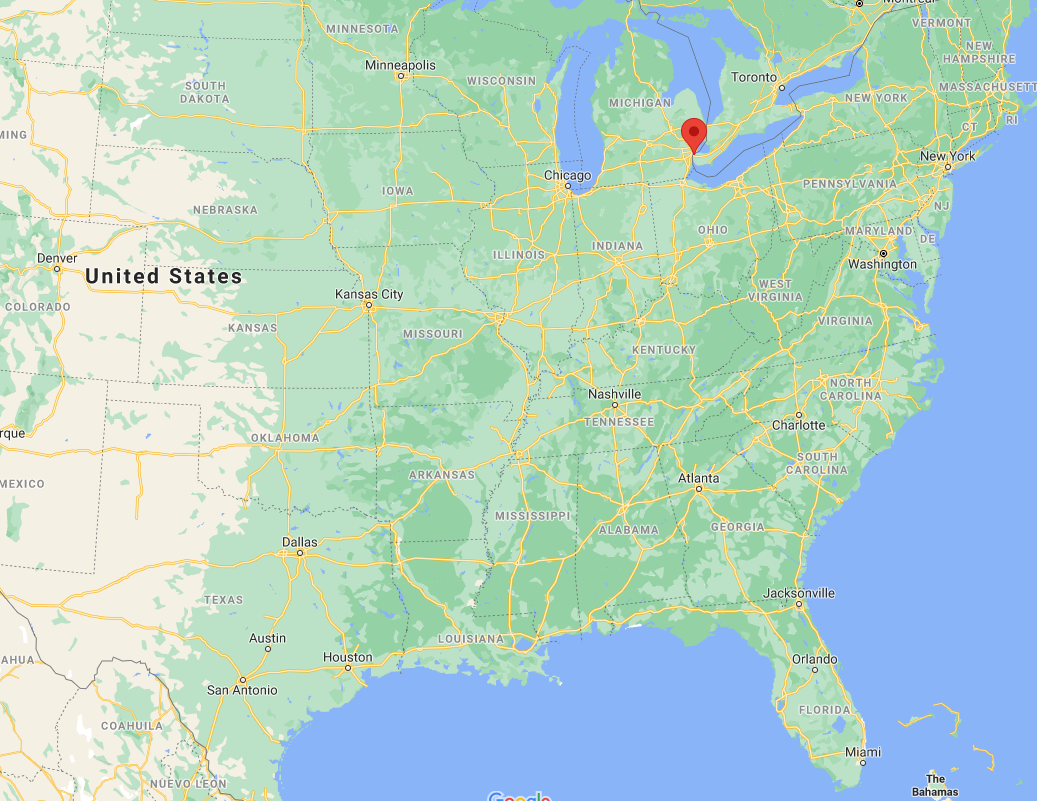