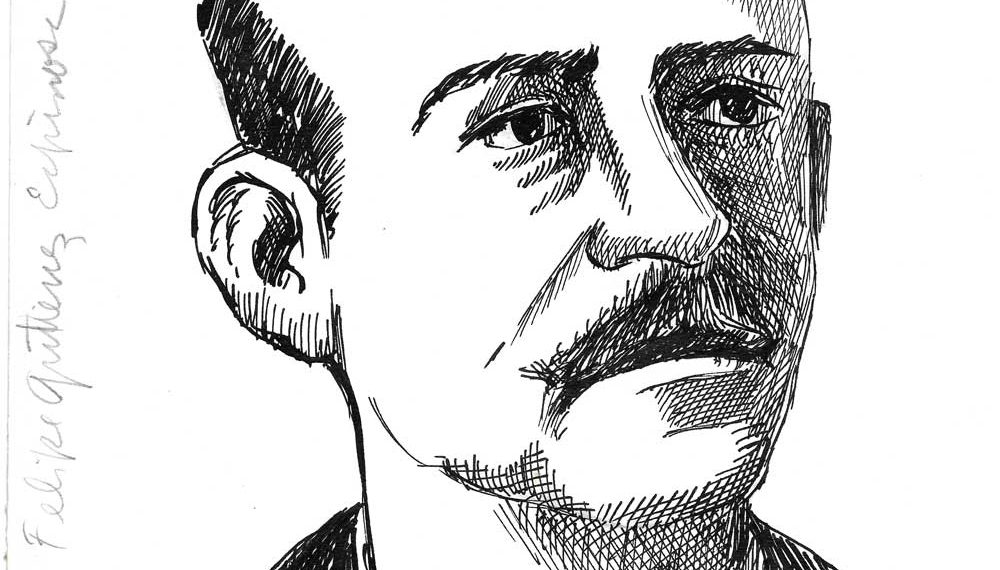 Maestro Gutiérrez, as he was called by his disciples, distinguished himself as the most outstanding Puerto Rican musician and composer of the 19th century.

He was born May 26, 1825, in San Juan. His music studies began in his childhood with his father, Julián, who was a musician with a long career and came to Puerto Rico in 1815 as a member of the Granada Infantry Regiment.

By age twenty, Gutiérrez y Espinosa was a well-known musician who apparently surpassed the talent of his teacher. In 1853, he was named lead musician for the Iberia Regimental Band, in which his father was a secondary musician.

In 1858, at age thirty-three, he was appointed Maestro of the chapel at the San Juan Cathedral, the first and only Puerto Rican to hold that position. There, he gave classes to members of the choir and conducted the orchestra. He held that job until 1898, when he was removed from the post after the U.S. invasion on July 25 of that year.

Alongside his work as an educator, his work as a composer included the creation of more than 300 works. These include religious music, the best-known example of which is “Misa en do mayor”; symphonic works, which include various overtures for different types of orchestras, such as “La familia” and “La manganilla,” among others; and several works for the opera.

Religious music was the center of his work as a musician. He translated emotions to the language of sound, such as “the cruel vicissitudes of his life, the bitterness of losing his sisters, one by one, taken by tuberculosis,” said fellow musician Braulio Dueño Colón. He also introduced interesting innovations, such as incorporating the saxophone for the first time in Puerto Rico in his work “Totta Pulchra.”

Among his work for the theater, special mention should be given to the fact that Gutiérrez y Espinosa was the first Puerto Rican composer to write an opera in Puerto Rico. It was a three-act piece called “Guarionex” (c. 1856) and was based on the theatrical work “La palma del cacique” by Alejandro Tapia y Rivera. This made him the first musician in the Caribbean to write an opera. The work about the indigenous chief Guarionex was performed in the San Juan municipal theater with the participation of Francisco Oller y Cestero, better known for his painting. “Macías” (c. 1870), another of his works, was also a three-act opera based on the script by Martín Travieso. “El bearnés” is the third opera the author is known for. It was based on a work by Antonio Biaggi. Meanwhile, “El amor de un pescador” was an operetta in two acts that he wrote.

The maestro Gutiérrez conducted orchestras, choirs and founded a music academy where he taught theory, solfa, singing and various string and wind instruments, all at no cost. He was a founding member of the Puerto Rican Athenaeum, inaugurated in 1876. There, he also shared his knowledge with students and promoted musical activities for the enrichment of the general public. He died November 28, 1899.