Prominent writer who wrote novels, plays, short stories, essays and journalism. He was part of the 1930s generation that sought to define the national and Spanish-speaking cultural identity. His work laid the foundation for the new island novel. His literary work displays a concern for Puerto Ricans’ social conditions and their relationship to nature. His work is characterized by the use of simple language that reflected the way of speaking of the working class of the era.

He was born in the municipality of Moca, the son of Juan Nepomuceno Laguerre González and Atanasia Vélez Vargas. He began his education in rural public elementary schools in Isabella and Aguadilla, where he was a disciple of the celebrated educator Carmen Gómez Tejera, who would also become his literary mentor. After obtaining his teaching license in 1927, he worked as an educator for seven years in various towns in the western part of the island. He graduated from the University of Puerto Rico Normal School in 1936 and earned a master’s degree in arts with a specialization in Spanish Studies from the same university in 1941. He taught at the university until 1988. Between 1949 and 1951, he gradually completed his work to earn his Ph.D. from Columbia University in New York.

While he was still studying at the University of Puerto Rico, he began to publish his essays and writings in various newspapers and magazines such as ámbito, Ateneo Puertorriqueño, Brújula, Horizontes, Isla, La Democracia and Paliques, a magazine he co-founded. He used various pseudonyms, among which were Alberto Prado, Luis Urayoán, Motial and Tristán Ronda. He was a columnist for the newspaper El Mundo, where he wrote a weekly column called “Hojas Libres” from 1959 to 1988. He wrote a column titled “Comentario” for the newspaper El Vocero de Puerto Rico from 1999 until his death. In some of his writing he expressed his concerns about the cultural, social, educational and political conditions of the era. In others, he focused on the lives and works of outstanding Puerto Ricans such as writers Julia de Burgos and René Marqués and painter José Campeche. He also wrote scripts for La Escuela del Aire (1939-1941), an educational radio program produced by the Department of Public Education.

Many scholars consider Laguerre the best novelist of the literary generation of the 1930s and credit him with laying the foundation for the modern Puerto Rican novel. Antonio S. Pedreira urged him to publish his first novel, La llamarada (1935), which described the tribulations of workers on the sugar cane plantations. It won a prize from the Institute of Puerto Rican Culture in 1937. The rest of his works reflect the social and economic conditions in Puerto Rico at that moment in history. Such is the case with Solar Montoya (1941), El 30 de febrero (1943), La resaca (1949), Los dedos de la mano (1951), La ceiba en el tiesto (1956), El laberinto (1959), Cauce sin río (1962), El fuego y su aire (1970), Los amos benévolos (1976), Infiernos privados (1986), Por boca de caracoles (1990), Los gemelos (1992), Proa libre sobre mar gruesa (1995) and Contrapunto de soledades (1999). Laguerre paid special attention to the characterization of the people who appeared in his novels.

His theatrical work, La resentida, appeared on stage at the University of Puerto Rico Theater on April 12, 1944. It was published in 1960. The drama takes place in the period following the Spanish American War (1898) and is about the seditious parties and their actions against the Spaniard coffee estate owners. In 1978, actress and theater and television director Madeline Willemsen adapted the work Los dedos de la mano into a script for a television series that was aired on WIPR TV, channel 6. Also participating in the production were Gladys Rodríguez, Carlos Augusto Cestero and Pedro Juan Figueroa, among other actors. 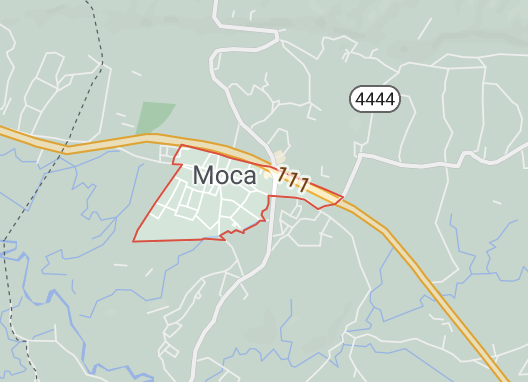