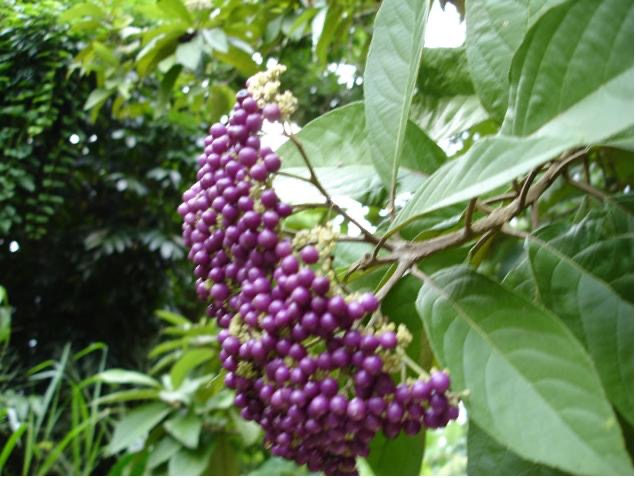 The capa rose is an evergreen species that grows as a bush or small tree that can reach a height of 20 to 50 feet. Its leaves are simple and opposed with raised veins on the underside. The flowers are small and have four white petals that form a short tube. These grow in groups. The fruits are small and round with a single seed. The color of the fruit varies from white to pink and a light purple when mature.

The historical distribution of the capa rose includes the island of St. Thomas in the U.S. Virgin Islands, as well as the mountain forests of the central and eastern parts of Puerto Rico. However, for several decades it has not been seen in St. Thomas and it is believed to be extinct there. Nor is there recent documentation of the species in the Central Mountains of Puerto Rico. Currently, it is only known in the mountain forests of the Luquillo Range, in northeastern Puerto Rico, where it has a limited distribution. Botanists suspect that the species could still exist in other forests in the mountains in central and eastern Puerto Rico, perhaps in small populations that are very limited geographically. However, its presence beyond the Luquillo Range has not been verified in recent years. The capa rose plants are known to grow in association with the environment known as the Palo Colorado (Cyrilla racemiflora) forest in the Luquillo Range.

Due to its limited distribution, the species is very vulnerable to habitat destruction or modification. The hurricanes that periodically affect the Luquillo Range cause considerable damage to forest vegetation. Additionally, landslides during intense rains can potentially eliminate entire populations of the plant. It is believed that climate change is exacerbating some threats to the species. For example, there has been an increase in the intensity and/or frequency of hurricanes and in the intensity of seasonal rains in Puerto Rico.

The capa rose was designated a species in danger of extinction at the federal level in 1992. This action requires federal agencies to consult with the U.S. Fish and Wildlife Service before undertaking any activity that could threaten the existence of the species or result in a modification or destruction of its essential habitat.

Although many aspects of the reproductive biology of the species is not known, it is important to implement successful propagation. The National Parks Service has propagated some plants to a limited extent.