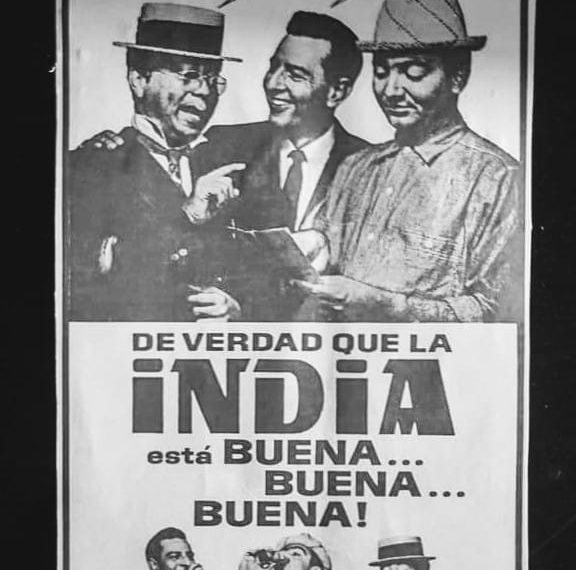 Television in Puerto Rico began in 1954 with the creation of WKAQ Telemundo, Channel 2, and WAPA, Channel 4. These events, along with cinema and radio, which had arrived on the island in the decades of the 1910s and 1920s, respectively, played important roles in disseminating information and contributing to the creation of a mass culture. Television variety programs and comedies, as well as dramatic series, became a source of entertainment for the public. The actors in these programs became recognized and admired public figures among the television-viewing public.

At the end of the 1940s, a group of communications businessmen began to request the necessary licenses to launch the first Puerto Rican television broadcasts. The process was delayed, however, because in 1948 the federal agency in charge of regulating communications, the Federal Communications Commission (FCC), had halted the granting of licenses in all federal jurisdictions while problems of interference, assignment of channels and other technical issues were resolved. The first two businessmen to begin the process of developing a television station in Puerto Rico were Angel Ramos, owner of the El Mundo businesses, and José Ramón Quiñones, owner of WAPA Radio. The name of that station represented the Spanish acronym of the Association of Sugar Producers.

These two channels have been, up to the present, those with the largest audience and the most lasting popularity among television viewers. Over the years, other television stations were created. In 1958, the government created WIPR, Channel 6, the first educational television station in Latin America. Channel 6 first began in 1958 as WRIK in Ponce. In 1979, Tommy Muñiz acquired the station and called it WLUZ, which was on the air until 1985, when he sold it. In 1960, WKBM Teleonce, Channel 11 was created. After facing financial problems, this broadcaster closed in 1981. Five years later, Lorimar Telepictures, a subsidiary of NBC, acquired it and changed the name to WSII. 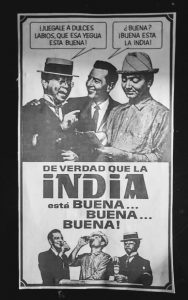 Initially, programming on Channels 2 and 4 was broadcast between 4:30 p. m. and 10:30 p. m. and consisted, in general, of comedy, variety, cooking and news shows and movies, mostly from Mexico. Many of the most popular radio programs moved to television, such as El colegio de la alegría by Tommy Muñiz. Among the comedies and programs in the early decades of television were La Taberna India, which starred Ramón Rivero, better known as “Diplo,” El show del mediodia and Profesor Colgate, which starred José Miguel Agrelot and Tommy Muñiz, who also served as producer. Additionally, dubbed versions of programs from the United States, such as Súperman and La ley del revolver were shown.

Comedies and variety shows were and continue to be popular among the public. During the 1960s and 1970s, shows such as Ja-já, ji-jí, jo-jó con Agrelot (1968-1973), Esto no tiene nombre (1969-1979) and Los García (1975-1981), among others, were produced. By the end of the 1980s, a change in local television programs had taken place. More daring short comedies such as Sunshine’s Café and No te duermas grew in popularity, as well as talk shows such as El show de Carmen Jovet, and game shows such as Súper Sábados. 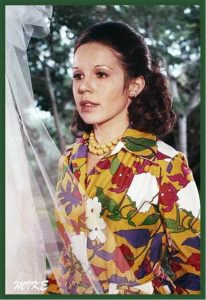 The first dramatic series created in Puerto Rico was Ante la ley, which was broadcast beginning on August 22, 1955, by Channel 2 and starred Esther Sandoval, Mona Marti, Lucy Boscana and Walter Busó, among others. It was during the 1970s, however, that this genre hit its peak. Among the productions from that era were Tomiko, with Angela Meyer and Rolando Barral, La mujer de aquella noche, with Braulio Castillo and Gladys Rodríguez, and El hijo de Angela María, with Johanna Rosaly, Rolando Barral and Ema Rosa Vicenty.

In 1978, Cristina Bazán, a show produced by Telemundo in collaboration with Radio Caracas Television of Venezuela, was launched. This dramatic series, starring Puerto Rican actress Johanna Rosaly and Venezuelan actor José Luis Rodríguez, was very popular both in Puerto Rico and throughout Latin America. From that time on, the production of local series declined until 1990, when Aventurera, with Sully Díaz and Carlos Vives, ended. Since then, productions have come from other countries, such as Mexico, Venezuela and Brazil, or from the production industry in Miami. In the decade beginning in 2010, many television series produced in Turkey gained momentum, as they did in the rest of Latin America.

The main stations have changed ownership on multiple occasions over the years. Since the late 1980s, other channels with musical or religious programming, and reaching smaller audiences, have been launched, and two additional educational stations have been created. In 1985, the Ana G. Méndez Foundation created WMTJ, Channel 40, an educational station that also presents news, televised courses and current affairs programming and is affiliated with the Public Broadcasting Service (PBS), the public television network in the United States. In 1994, Sagrado Corazón University created the TeleSagrado project, which was a closed-circuit television system at first and, beginning in 2000, created alliances with various cable television companies to transmit events, public sessions and hearings in the House and Senate, as well as educational programs aimed at families and children.

Today, transmission technology has changed from analog to digital. Additionally, cable and satellite television companies have proliferated. However, the local channels can also be seen through these systems.