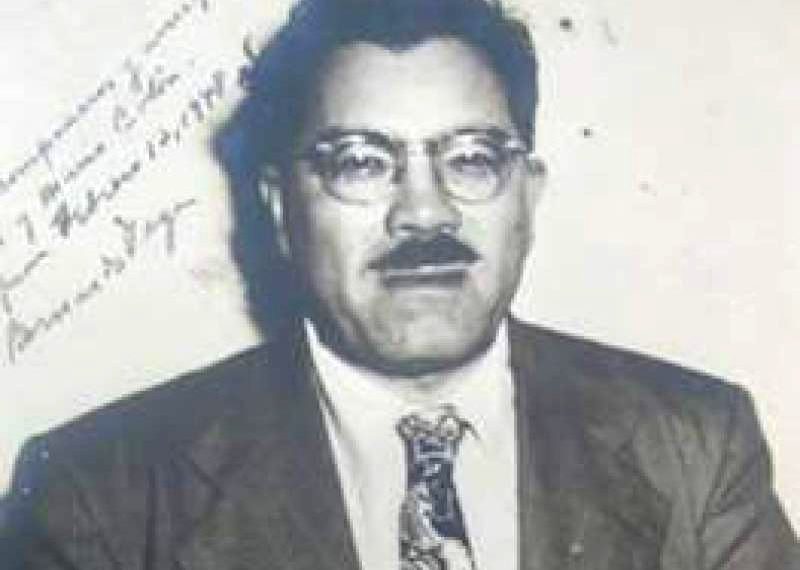 The edited and published book of memoirs of Puerto Rican tabaquero (cigar worker), Bernardo Vega, who migrated from Puerto Rico to New York in 1916, when he was 30 years of age, and who lived in the city for over three and a half decades, have unveiled an important period in the formation and development of the New York Puerto Rican community during the decades prior to the post-World War II Great Migration.

Vega was born in the mountain town of Cayey in 1885, then an important tobacco-growing area of Puerto Rico. He grew up surrounded by the socialist ideas that permeated the artisan world of the tabaqueros, one of the most enlightened sectors of the Puerto Rican working class. Upon his arrival to the New York metropolis, Vega joined a relatively small colonia hispana (Hispanic neighborhood) of Puerto Ricans, Cubans, and Spaniards that began to form in the second half of the 19th century and was then in the process of transforming into a larger community. In 1910, the Puerto Rican population in the United States was less than 2,000 people; ten years later it had grown to close to 12,000, and by 1930 had reached almost 53,000 people, due primarily to migration from the island. At the time, most of the U.S. Puerto Rican population lived in New York City. Vega arrived during a period when many tobacco industry workers from Puerto Rico and Cuba were seeking employment in one of the more than two hundred cigar-making shops or factories that had been established in the city and other states since the last few decades of the nineteenth century.

In Puerto Rico, Vega had been an active member of the island’s socialist labor movement that, since the early 1900s, had been fighting to improve workers’ rights and against the abuses and exploitative conditions in the sugar, tobacco, and needle industries. These industries were largely controlled by absentee capital, which since the U.S. invasion of 1898 had come to dominate the island’s economy. In New York, Vega had to work in a variety of menial jobs to support himself, since for months, he could not find work as a skilled torcedor (cigar roller), However, he was able to establish connections with workers, members of the Cigarmakers’ Union, affiliated with the American Federation of Labor (AFL) and the Socialist Club in the city. After several months, he was finally able to find employment at the El Morito cigar factory, located not far from his boarding house. It was there that he heard about the involvement of the artisan tabaqueros in the Antillean separatist movement in the city during the second half of the nineteenth century and met some of its elders. In 1920, due to industrial transformations in the tobacco industry, along with the severe unemployment in the factories and workshops caused by the economic downturn in the city and other parts of the U.S. nation, he became part of the writing team for “The Tobacco Worker” (1920-19??), became a union organizer, and also wrote articles for this bilingual publication.

Since his early years in New York, Vega continued being a devoted social and political activist involved in labor organizing and the establishment of several worker organizations. He was a member of Alianza Obrera Puertorriqueña (1922), along with Jesús Colón and Luis Muñoz Marín, the Ateneo Obrero (1926), where he served as president, the Liga Puertorriqueña e Hispana (1927), and the Club Eugenio María de Hostos (1932). For a few years, he also became increasingly involved in other journalistic endeavors when, in 1927, he purchased the Spanish-language weekly, “Gráfico” (1926-1931). This periodical had been started a year earlier by a group of Puerto Rican and other Hispanic tabaqueros, writers, and artists, and other members of the community, who frequently wrote for the newspaper.

“Gráfico”, claimed to be a defensor de la raza hispana (defender of the Hispanic race), and was one of several Spanish-language community newspapers that promoted unity among the various Hispanic groups (mostly Spaniards, Cubans, and Puerto Ricans) living in the city, and a panethnic sense of hispanismo. Vega was editor of “Gráfico”  for a couple of years and, in later years, was also a frequent contributor to other New York Spanish-language publications, such as the newspaper “Liberación” (1946-1949), started by Spanish Civil War (1936-1939) exiles in New York, fighting against Generalísimo Francisco Franco’s fascist regime in Spain. Most of Vega’s journalistic writings are still scattered in the city’s Spanish-language periodicals. He entered the world of city politics when he joined the political campaigns of the Italian-American Congressman Vito Marcantonio, member of the socialist American Labor Party, who represented East Harlem and served in the U.S. Congress from 1931 to 1951. The Congressman was a strong advocate for New York’s Puerto Rican community and also supported many issues related to Puerto Ricans on the island. Vega also participated in the unsuccessful presidential campaign of Henry Wallace, the candidate of the Progressive Party, who had served as Vice President under Franklin D. Roosevelt’s second term (1941-1944).

During the 1940s, Vega began to write a historical account that also included some fictional stories, about Puerto Rican presence in the United States, dating back to events that occurred more than half a century before his New York arrival. He also provides a detailed account of his own experiences and those of other Puerto Rican pioneer migrants during the formative decades of New York’s Puerto Rican community—the period between the two world wars (1918-1939); although he also had met a number of older Antillean and Spanish tabaqueros, who had lived in the city since the last few decades of the nineteenth century. Those decades represent an important formative period of the history of the Puerto Rican diaspora in the New York metropolis. Nonetheless, the narrative of Vega’s published and edited memoirs goes even further back in time when he refers to the arrival in New York, in 1857, of his uncle Antonio. According to the narrative, his uncle had come to the United States to work in the cigar industry and, several years after his arrival, became involved in the activities of the émigré Antillean separatist movement fighting for the independence of Cuba and Puerto Rico from Spanish colonial rule. Vega describes in meticulous detail what he had learned from those stories, along with information conveyed to him by some of the elder tabaqueros and other former Antillean freedom fighters he had met in the city, or that he found in library sources he consulted, about leading personalities of the separatist movement and the organizations and publications that were created to promote the liberation of the islands.

The edited version of Bernardo Vega’s manuscript was not published until 1977, more than a decade after his death. Vega had returned to Puerto Rico in the 1950s and shown the completed lengthy manuscript to his socialist friend and political comrade in the struggle for independence, the now deceased Puerto Rican journalist and novelist, César Andreu Iglesias, asking him for editorial help and advice that would facilitate its publication. Since Vega did not agree with many of Andreu Iglesias’ editorial suggestions, the manuscript editing project was postponed indefinitely. It was not until after Vega’s death in 1965 that Andreu Iglesias decided to honor the memory of an old friend and, relying on his own judgment, he finally edited and published a much shorter and modified version of the original manuscript under the title “Memorias de Bernardo Vega: Una contribución a la historia de la comunidad puertorriqueña en Nueva York” (1977).

Since its publication, this edited version has become an invaluable source for documenting the history and presence of Puerto Ricans in New York City. The book has been fundamental in the process of dispelling myths about the passivity and lack of community organization among Puerto Ricans in the diaspora. Vega creates a very different portrait of the community. In essence, he emphasizes the persistent efforts of a socially and racially marginalized Puerto Rican community, collectively involved in the struggles for its socioeconomic survival and well-being, and its cultural and political development, and willing to fight against social and racial injustices. Recognizing the importance of the published version of Bernardo Vega’s memoirs, the late Juan Flores, a leading cultural and literary studies scholar of the diaspora, and one of the researchers affiliated with the Center for Puerto Rican Studies during its first decade, translated and published an English edition of the book in 1984. 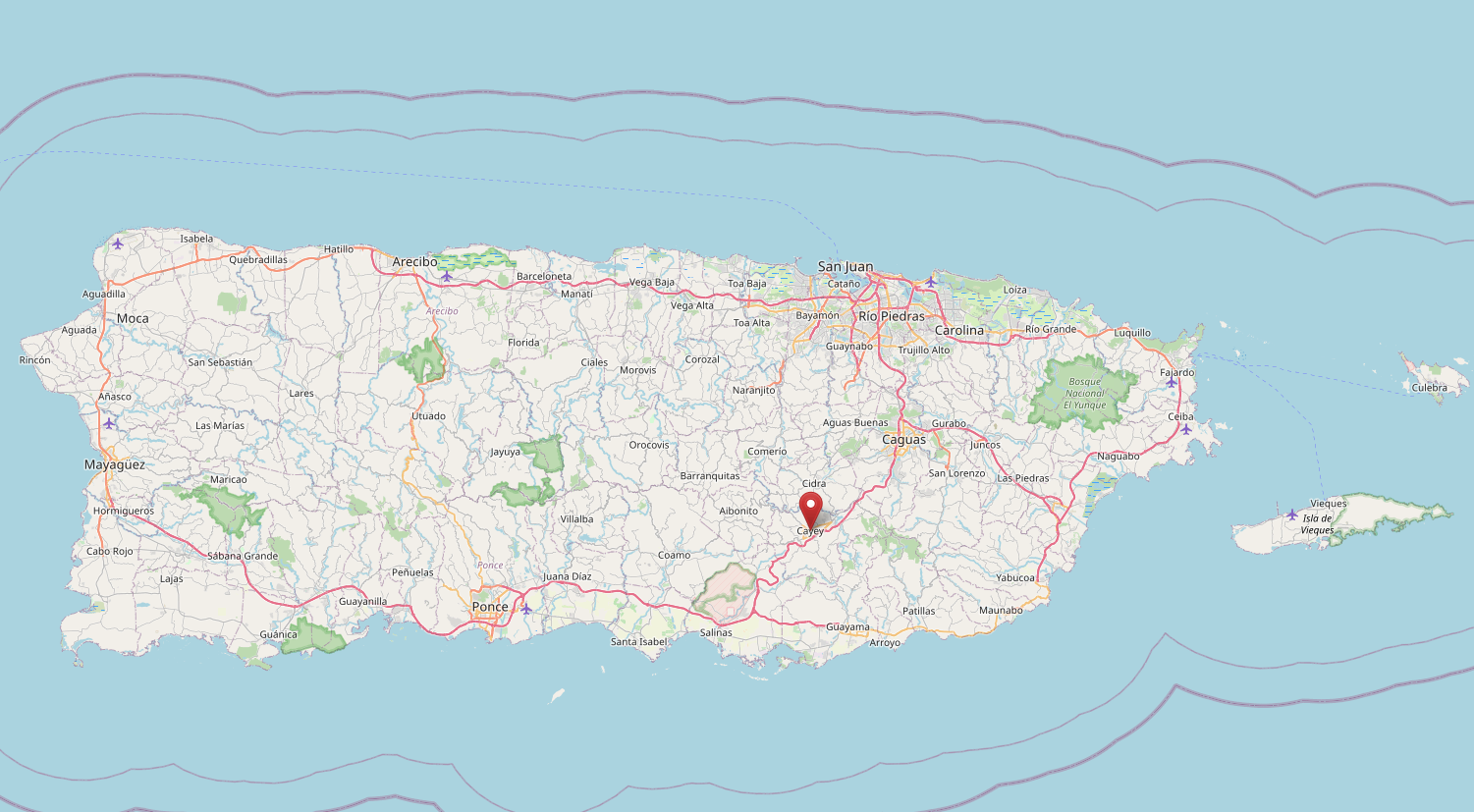