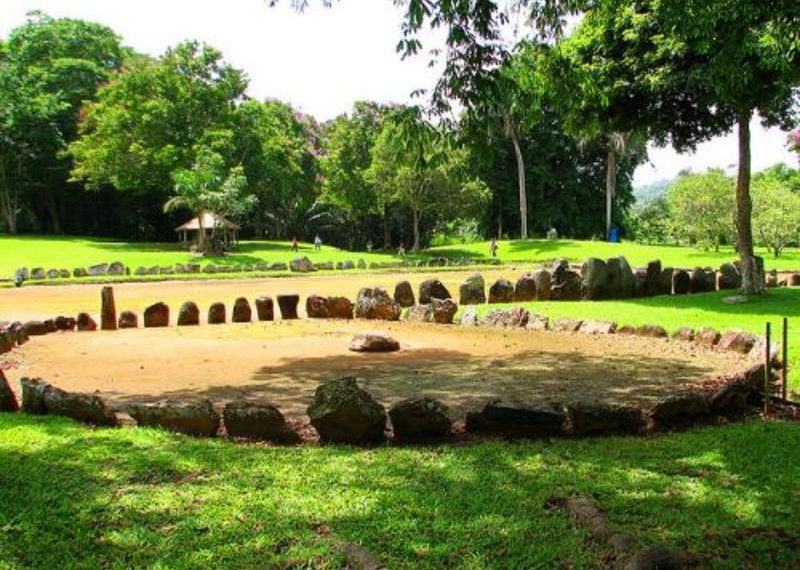 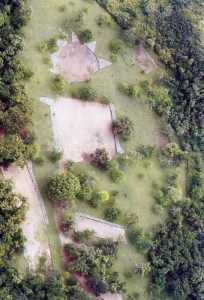 In the Tibes area of Ponce is one of the oldest indigenous archaeological sites in the Caribbean. It consists of 12 stone structures, including ceremonial plazas, bateys and foundations, of which only nine have been restored.

It was founded by Arawak people in the Saladoid era. The name came from their origin in the Saladero region in what is today northern Venezuela. Most of these archeological remains that have been analyzed have been linked to the Saladoid period between 400 and 600 A.D. The second period of settlement at Tibes was between 900 and 1200 A.D., according to archaeologist Luis Antonio Curet. This era has been linked to a more advanced culture initially identified at Ostiones Point (Cabo Rojo). The Ostionoid or pre-Taino culture was present at Tibes. By 1200, there could have been Tainos at Tibes, led by a cacique, in their early stages. The stratified society led by a cacique – with behiques, nitaínos and naborías as other leaders – dates approximately to 1100 and continued to the beginnings of the conquest in 1508. By 1270, the Tibes location had been abandoned.

In 1975, after the passage of Tropical Depression Eloísa and the flooding of the Portugués River, the site that is now called the Tibes Indigenous Ceremonial Center was discovered. Some archaeologists have identified the site as one of the largest and most important indigenous ceremonial centers in Puerto Rico. The indigenous cultures that settled in the area used it as a ceremonial center and an astronomical observatory.

The park has three main areas: a modern structure that serves as an exhibition space or museum, the main ceremonial plaza, and its natural surroundings. In the plaza are seven bateys and two multiform ceremonial plazas. One of the bateys includes megalithic architecture in the form of stones with geometric designs, such as squares, rectangles and triangles, that form a six-point star. The points are aimed at the solstices. The site is surrounded by native vegetation such as ceiba, Spanish elm, copperwood, candlewood, calabash and others. It is also home to a large number of indigenous bird species.

The site is significant because of its archaeological, historical and educational importance, both for Ponce and for all of Puerto Rico. In the exhibition hall, which was inaugurated in 1982 by Mayor José G. Tormos Vega and restored in 1991 by Mayor Rafael Cordero Santiago, objects recovered from the archaeological excavations are displayed. Visitors can also learn about the Saladoid and Ostionoid indigenous cultures. A total of 124 human remains from the Saladoid and Ostionoid cultures, prior to the Taino era, have been exhumed by archaeologists.