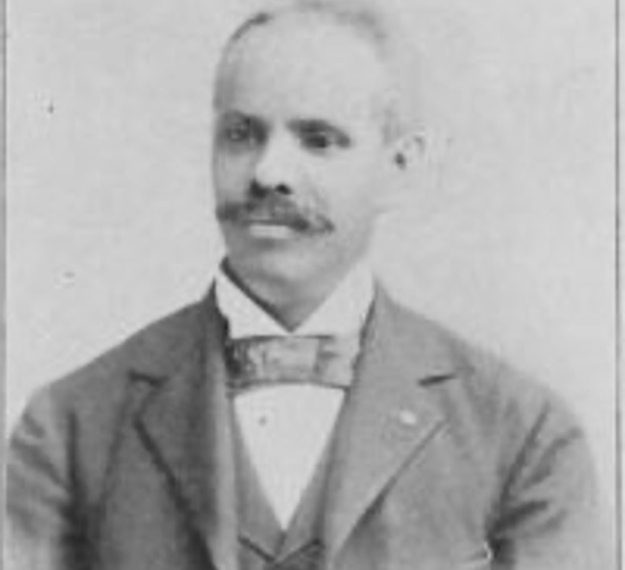 One of the most tireless defenders of independence for Puerto Rico under Spanish colonial rule, Sotero Figueroa was a mulatto artisan who, in addition to working as a typographer, was also a journalist, poet and playwright.

Figueroa was born in the city of Ponce in about 1851. It is believed he studied at the school of Rafael Cordero in Old San Juan. In his youth, he apprenticed as a typographer in the press of liberal abolitionist Puerto Rican José Julián Acosta, a former student of Rafael Cordero.

In 1887, Figueroa participated in the founding of the Puerto Rican Autonomist Party, which had as its main goal persuading the Spanish colonial regime to concede Puerto Rico its own government and new political and socio-economic reforms. A year later his “Biographical Essay on Those who have Most Contributed to the Progress of Puerto Rico” won a literary award. The work offered a selection of laudatory biographies that recognized the heroism of various Puerto Ricans and their contributions to the development of the Puerto Rican nation. Although the “Biographical Essay” is Figueroa’s best known work, he also wrote the operetta “Don Mamerto” (1886), which was presented at La Perla Theater in Ponce with music by Ponce composer Juan Morel Campos. This work was a biting satire of those who abandoned their ideals for political opportunism or were blinded by materialism or social aspirations.

Figueroa emigrated to New York City in 1889. Arriving in the metropolis, he joined the Antillean separatist movement and began a close friendship with exiled Cuban patriot José Martí. There he met various other Puerto Rican patriots involved in the separatist movement, including Francisco Gonzalo “Pachín” Marín and Arturo Alfonso Schomburg. In 1892, Figueroa was part of the founding of the Club Borinquen, the first of several Puerto Rican clubs affiliated with the Cuban Revolutionary Party (PRC). José Martí founded the PRC that same year to promote independence for Cuba. Figueroa later became secretary of the PRC Executive Board.

In New York, Figueroa also established Imprenta América, which published various Spanish-language newspapers, including “El americano” and “El porvenir.” His press also printed the separatist newspaper “Patria,” the official publication of the PRC. Because of Martí’s many travels in search of support for the separatist cause, Figueroa was also in charge of the editorial work of the newspaper. It was in “Patria” that he published his long essay, “The Truth about History,” summarizing the struggles and aspirations for freedom of the Puerto Rican people under Spanish colonial rule. His spirit of solidarity and his devotion to Antillean separatism earned him the respect and admiration of his fellow Cuban and Puerto Rican believers.

The fact that he came from the working class helped his efforts to expand the separatist movement’s base and allow people like him to occupy leadership positions, which had been dominated by members of the political and intellectual elite. Figueroa helped increase the participation of tobacco workers and other Puerto Rican artisans who had emigrated to New York and other cities in the United States during the last decades of the 19th century. A little more than six months after José Martí’s death in the swamps of Cuba in 1895, the PRC established the Puerto Rico branch in recognition of the commitment to promote Antillean unity in the struggle for the independence of the islands.

The Spanish-American War (also known as the Spanish-Cuban-American War) of 1898 changed the political panorama for the islands, which were ceded to the United States by the Spanish government. In 1902, Cuba achieved independence, while Puerto Rico remained an unincorporated territory of the United States. The year after the end of the war, Figueroa left New York and moved to Cuba. There he was named director of “La Gaceta Oficial,” the main newspaper of the government of the new republic. He also worked with other Cuban newspapers. The majority of his writings remain dispersed among these periodicals and are not easily accessible to the public. Over the years, Figueroa maintained ties with his homeland, publishing articles and poems in Puerto Rican newspapers. Some of these writings appeared in “Puerto Rico Ilustrado” between 1911 and 1915. Figueroa died on October 5, 1923 and was buried in Cuba, the island he came to love as much as his own.