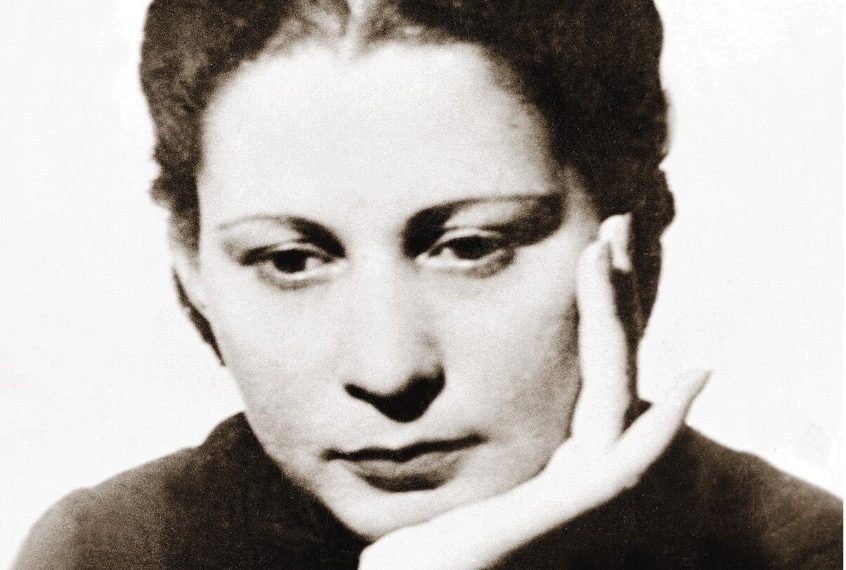 The contradictions and complexity of the human being, in constant social interaction, dynamic and conflicting, are some of the themes present in this writer’s poetry.

Julia Constancia Burgos García, better known as Julia de Burgos or Julita, as her family called her, was born in the Santa Cruz barrio of Carolina on February 17, 1914, to an economically disadvantaged family. Her parents were Francisco Burgos and Paula García. Julia went to elementary school in Carolina and at age 14 she entered University High School at the University of Puerto Rico.

In 1931, with the help of a scholarship, she began her college studies to be a teacher. On May 24, 1933, she earned her teaching certificate from the UPR. Her main interest was literature, but she was also skilled in mathematics and was an outstanding athlete.

In 1935, she was a teacher at an elementary school in Naranjito. It was there, looking at the mountains of the Central Mountain Range, in barrio Cedro Arriba, that she was inspired to write her most famous poem, “Río Grande de Loíza.” She was then exchanging letters with outstanding writers such as Luis Lloréns Torres

Her first collection of poems, published in 1937, was titled “Poemas exactos a mí misma.” In this book, she already showed her intense lyricism and subjective mood. In 1938, “Poema en veinte surcos” was published, followed a year later by “Canción de la verdad sencilla.” Both books earned her recognition as one of the most outstanding contemporary poets, not just in Puerto Rico, but in the Spanish-speaking Caribbean.

Julia de Burgos lived a tormented and unhappy life. Facing unemployment and political persecution, in 1940 she moved to New York. There she lived with Juan Isidro Jimenes Grullón, a relationship recreated in her book “Canción de la verdad sencilla.” They moved to Cuba, where she studied philosophy at the University of Havana. There, she got to know outstanding leaders and writers. In 1942, Pablo Neruda wrote, in one of his biographies, that “Julia will be one of the three or four best poets of the Americas.”

Ending her relationship with Jiménes Grullón, she returned to New York around 1945. Some said she could not get used to life in the big city. On July 6, 1953, she died tragically at 39 years of age, when her poetry was achieving its peak acceptance. Not long thereafter, Dr. Margot Arce de Vázquez and the Puerto Rican Athenaeum were able to have her remains brought back to Puerto Rico. In 1991, the municipality of Carolina inaugurated the Julia de Burgos Mausoleum and Memorial Park.

She was always interested in social reform and causes of freedom. From the beginning of the 1930s, she was a member of the Puerto Rico Nationalist Party led by Pedro Albizu Campos.

Above all, however, she was a metaphysical poet, deeply concerned with themes of love and death and their meaning in the human condition. Her love for nature and her feelings of nostalgia for Puerto Rico, intertwined with her fine eroticism, were expressed in her poem dedicated to the longest river on the Island, the Río Grande de Loíza.

In her work “A Julia de Burgos,” she challenged herself and all women to think about the roles society imposed on them and what they wanted themselves. “You are homebound, resigned, submissive, confined to the whims of men; not I; I am Rocinante galloping recklessly, wandering through the boundaries of God’s justice…”

A complete collection of her poems was published by the Institute of Puerto Rican Culture in 2004 under the title “Julia de Burgos: obra poética.” Literary critic José Emilio González wrote of this book: “Here are examples of her deep love for her homeland, the cause of national independence, her compassion for the oppressed and the exploited and her concern for the situation of women in today’s society.”