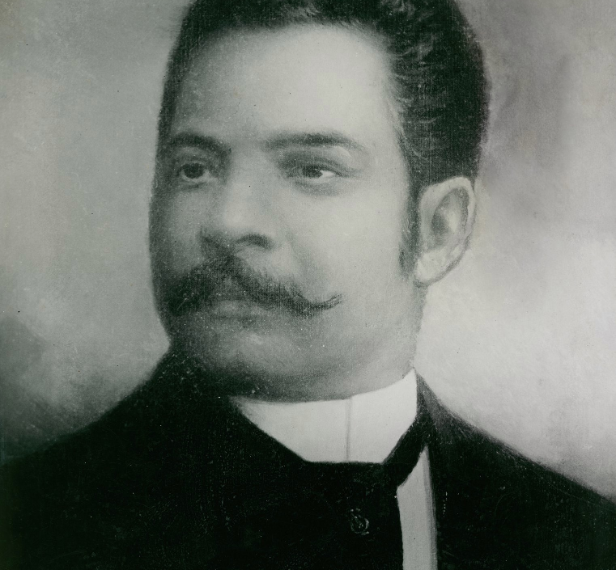 He has been called the “absolute genius of the XIX century music” and the “most prolific composer of danzas”. Furthermore, he is the author with the greatest number of religious music works, after Felipe Gutiérrez y Espinosa.

Juan Nepomuceno Morel Campos was born May 16, 1857 in the city of Ponce, Puerto Rico. He was an example of the kind of professional musician who was trained not only to compose symphonies (compositions with a single movement), but also Hail Marys, operettas, danzas, guarachas, waltzes, polkas, rigadoons, mazurkas and dance music for the patron saint festivals. His musical training, as part of the generation of musicians of the 19th century, included lessons in music theory and flute with Antonio Egipciaco, piano under the tutelage of the master Manuel Gregorio Tavárez, and classes in composition, harmony and counterpoint. His training in civic and military bands led him to study the cornet, the double bass and the euphonium.

Morel Campos simultaneously directed the dance and concert orchestra La Lira Ponceña, La Banda de Bomberos de Ponce and the orchestra of musicians that performed during the theater, opera and operetta seasons in La Perla Theater in Ponce. He traveled throughout the island with his dance orchestra, performing at dances and playing religious music at the masses during the patron saint festivals. His performance as a musician and musical director made him the most important musical agent in Ponce. Many of the opera and operetta companies that passed through the city used him to hire musicians, work on arrangements and to adapt scores to the size and number of instruments in the orchestra. Under contract with the Spanish operetta company Bernard y Abella, he traveled through South America as musical director.

It is estimated that he wrote 700 compositions. Between the Puerto Rico General Archives and private collections, about 137 religious pieces and 129 miscellaneous compositions have been documented. The latter includes overtures, such as “El certamen,” “La lira” and “Puerto Rico,” funeral marches such as his “Pobre Tavárez” (composed to mark the death of that composer), the march “Juegos florales,” waltzes such as “Saludo a Ponce,” and the operettas “Amor en triunfo,” “Un día de elecciones,” and “Un viaje a América.”

Among his compositions are forms such as the schottische, the galopa, the gavot, the guaracha, the hymn, the lancero, la mazurka, the paso doble, the polka and the romance. But it was his 283 danzas, 75 of them for piano, that established his fame throughout the Antilles. The mark he left on that form of music lasted well into the 20th century.

Death took him in a way very appropriate for the romanticism of the late 19th century. On the night of April 26, 1896, while he was directing the orchestra at La Perla Theater in Ponce, in the middle of a performance of the work “El Reloj de Lucerna,” he suffered what is believed to be a heart attack. Morel Campos died on May 12 of the same year at 39 years of age.