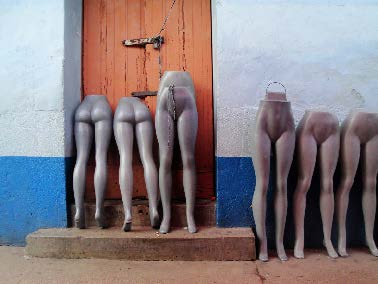 Sexual exploitation and human trafficking are among the main social problems around the world. Although these were originally considered a problem of Southeast Asia, today they are recognized as global problems that have grown at an alarming rate in Europe, Latin America and the United States. Human trafficking is a $150 billion informal economy at the global level. Some 45 million people, mainly women and girls, are victims of trafficking around the world. Puerto Rico is also part of this framework, as shown by our investigations (Rey, Hernández-Angueira, 2010,2014, 2019).

This article presents a summary of human trafficking in Puerto Rico, based on the investigative work that we have done in recent years at the University of Puerto Rico, along with the Ricky Martin Foundation and with support from Johns Hopkins University.

Overview of the phenomenon

Puerto Rican society is immersed in a significant wave of violence that permanently damages the integrity of its citizens and injures us as a people. The violence takes on many forms, beginning with the most cruel and dramatic, the organized crime that subsists on a clandestine economy in Puerto Rico that in our case totals almost 30 percent of the gross domestic product (GDP). This activity is reflected in the violence between drug dealers and the gender violence that costs the lives of exploited girls and boys in an invisible way in Puerto Rico through the various forms of human trafficking.

The violence is a product of inequality, of poverty, of injustice, of the lack of appropriate oversight by the pertinent authorities and, above all, the lack of education that cultivates countervailing values in our lives. An education that does not lead to high principles of equity, respect, tolerance, equality and, mainly, an education that does not appear to guarantee the opportunities that are the rights of all, as Hannah Arendt says.  Under a welfare state that maintains its power through political patronage, acts ranging from corruption to femicide occur that almost normalize these acts of violence.

Human trafficking operates under large, organized and sophisticated systems, but above all it operates clandestinely, which makes the crimes difficult to detect. They are crimes against human rights and human dignity that cause great harm to their victims.

This crime is the second most lucrative illegal activity in the world, generating more than $150 billion a year. This does not include estimates of the sums obtained when the victims arrive in the destination country which, according to the International Labor Organization (ILC), involves $32 billion a year as a result of the many uses of the exploited labor. Moisés Naím (2006) describes how human trafficking has remained one of the traditional forms of illicit business and has been “revitalized” by transformations in the structures of the trafficking networks and greater flexibility in its operations. It appears that globalization has created a paradox in giving illegal businesses an economic and political boost while for legitimate businesses it has presented restrictions that have translated into incentives and demand for illegal business. Additionally, national borders present limitations for states while representing huge opportunities for illegal trade. According to the U.S. State Department, “approximately 100,000 people from the countries of Latin America and the Caribbean are the objects of trafficking each year” (UNFPA, 2006, p. 45). It is important, however, to define the phenomenon more precisely and analyze the distinction between human trafficking and migrant smuggling.

the recruitment, transportation, transfer, harboring or receipt of persons, by means of the threat or use of force or other forms of coercion, of abduction, of fraud, of deception, of the abuse of power or of a position of vulnerability or of the giving or receiving of payments or benefits to achieve the consent of a person having control over another person, for the purpose of exploitation. (Palermo Protocol, 2000)

According to Teresa Ulloa Ziáurriz, regional director of the Coalition Against Trafficking of Women and Girls in Latin America and the Caribbean, A.C. (CATW-LAC), there are significant differences between migrant smuggling and human trafficking. As Dr. Ulloa explains, migrant smuggling is voluntary. The relationship with the trafficker ends at the destination, payment is made in advance, there is no restriction on freedom of movement at the destination, recruitment is not premeditated, there is no confiscation of documents and the goal is to arrive in a different country from the one of origin. In this case, the merchandise is the service, the movement, and the crime is against the state.

By comparison, human trafficking is involuntary in nature. In human trafficking, Ulloa explains, the relationship with the trafficker continues at the destination, the payment begins when the person is exploited, and freedom of movement is restricted at the destination (generally, the victims are locked up). This involuntary movement may be international or intranational, as in the case studied in Puerto Rico. Recruitment depends on the kind of exploitation, the traffickers take their victims’ documents and the end goal is sexual and labor exploitation and slavery. In this relationship, the merchandise is the person and the crime is against the person. Both phenomena have in common the fact that they may be illegally crossing a border (facilitation of illegal entry into a country, a violation of immigration laws), commercial trade of human beings, the existence of organized networks, human rights violations and, in both, that it does not necessarily cross borders, but may be internal. As we have pointed out, that is the main characteristic of the trafficking model in our Island.

Trafficking and smuggling in Puerto Rico

Puerto Rico is a destination for sex tourists and a place of transit for women and children from other Caribbean islands and from the interior of the island, for the purpose of sexual exploitation (TIP Report,2016). Cases of foreigners who have crossed the seas and have been exploited for labor and sex have also been reported. Apart from these cases of crossing borders, domestic trafficking of Puerto Rican children appears to be the most common form in Puerto Rico. This exploitation takes on many forms, from prostitution and other forms of sexual exploitation, such as pornography, sex tourism, arranged marriages, begging and even sales of organs. It also includes forced labor, slavery or practices analogous to slavery. It should be mentioned that consent given by the victim to trafficking in any form of intentional exploitation is irrelevant. Human trafficking constitutes the second largest illegal business, after the sale of drugs and arms, generating more than $150 billion a year and affecting 45 million people around the world, and 90 percent of the victims are women and girls.

In our investigations, we found cases of trafficking of women, girls and boys to work in the drug trade, prostitution and child pornography. Apparently, the most significant form of human trafficking in Puerto Rico is often using minors to work in illegal activities such as prostitution, pornography, massage parlors, begging and selling drugs.

According to our investigative work over the past 15 years, the clandestine nature of this crime makes it hard to illustrate it with statistics, but the high number of children living in foster homes, the high number of families living in poverty, the levels of migration on the Island, along with gender discrimination, suggests there is a serious problem of trafficking in Puerto Rico.

One case is that of a 10-year-old girl whose mother forced her to have sexual relations and be touched by a 73-year-old man. He was arrested when he was found having relations with the minor in the back seat of his car, in which the mother was traveling. The mother said she did it to be able to buy food for her family.

At the same time, gender violence is common in Puerto Rico. This phenomenon often takes the form of trafficking of women, as shown in our investigation of gender violence and trafficking (2014). This problem has not become a major concern for politicians. Additionally, recent news reports reflect how this phenomenon of trafficking of women has expanded on the Island. Some unscrupulous business owners use deception to promise personal and financial success, with one widely known example in recent months being that of Yatea. She accused the owner of a yacht business of making deceptive promises and inviting young people and minors to work as models, with the goal of exploiting them sexually. This case is still under investigation.

In Puerto Rico, the issue of trafficking began to take on visibility in 2010, when our first investigation, “Human Trafficking in Puerto Rico: A Challenge of Invisibility,” was published. As a result, in 2011, after a lot of pressure, the Penal Code was modified to make human trafficking a felony. Since then, a significant number of laws aimed at protecting victims, preventing trafficking and prosecuting traffickers have been written. Without question, this is fundamental progress against this crime that can be used by security forces, prosecutors, the judiciary and non-governmental organizations. However, authorities still see it as a crime more than as a violation of human rights. As a result, they have not provided resources for working with the victims.

Trafficking victims are often young women and minors who come from a socially marginalized environment and vulnerable homes. There are exceptions, however. Factors such as domestic violence create situations of vulnerability, as shown by our previously mentioned investigations at shelters for victims of domestic violence. As we have shown on other occasions, poverty increases the risk but is not, itself, the cause. Also, we have shown that in Puerto Rico there are spaces where trafficking of women and smuggling overlap. The many massage parlors, brothels, and drug points where money is made become the magnets that attract women and minors and make them easy prey for predators. There are many heartrending stories from surviving victims who have played a role in the hellish drama that is human trafficking and smuggling.

Finally, as we have shown, human trafficking is not a problem of the past. Each year, around two million people worldwide – a million of them girls and boys, 700,000 women and 300,000 men – suffer in silence under conditions of slavery, sexual servitude or terrifying work, without the possibility of freeing themselves. Therefore, human trafficking is one of the biggest challenges in the struggle for human rights and the creation of effective development policies, because in addition to having high costs for personal integrity, it also brutally deprives nations of vital human resources for the functioning of a just society.