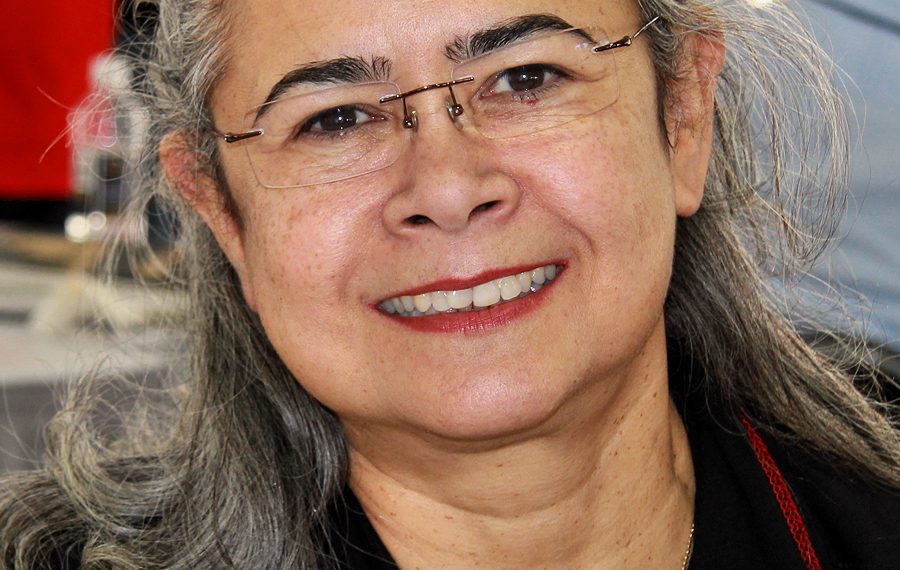 The publication of her autobiographical memoir When I was Puerto Rican (1993) immediately gained Esmeralda Santiago critical attention as a talented and deliberate narrator of women’s oppressive experiences in a sexist cultural and social environment. Santiago is now one of the leading Puerto Rican and Latina writers in the United States.

Born in the neighborhood of Villa Palmeras in Santurce, Puerto Rico in 1948, the author grew up in a rural sector of the town of Toa Baja. Coming from a large poor family, she was eleven years old when, in 1961, her mother decided to move with her eleven children to Brooklyn, New York. Because of her academic achievements, she was able to secure admission to New York’s Performing Arts High School and study acting. After graduating from high school she attended Harvard University where she received a Bachelor of Arts degree. She also holds a Master of Fine Arts degree from Sarah Lawrence College. After becoming a leading writer, she has received honorary doctoral degrees in Letters from Trinity College, Pace University, Metropolitan College of New York, and the Mayagüez campus of the University of Puerto Rico.

Her successful writing career, however, took a while to develop. Soon after graduating from Harvard she went back to Puerto Rico to work after many years of absence from the island. There, she was confronted with the severe underemployment and sexism faced by many other educated Puerto Rican women. But more hurtful was the rejection she felt from those who questioned her Puerto Ricanness or viewed her as too Americanized. These personal dilemmas compelled her eventual return to the United States. She moved to Boston, and it was during this period that she started writing personal essays and articles for newspapers and magazines that caught the attention of an editor from the Addison-Wesley publishing company, which encouraged her to write the memoir, When I was Puerto Rican.

Santiago’s first memoir is not a rejection of her Puerto Rican identity, as the title may suggest, but an engaging account of her life and that of her family during her challenging growing up years in Puerto Rico before the family migrated to Brooklyn. After the initial critical success of When I Was Puerto Rican, Santiago confirmed that she was a skillful prose fiction writer in her second major work, the novel America’s Dream (1996). Her third book, Almost a Woman (1998), a sequel to When I was Puerto Rican expands on her life in the United States and her artistic development. The latter was made into a TV film released by the Public Broadcasting System (PBS) Masterpiece Theater in 2002, that won a Peabody Award. Among the author’s subsequent autobiographic accounts, is The Turkish Lover (El amante turco, 2005), a candid narrative of self-fulfillment and liberation, as she describes her complex and abusive relationship with an older and controlling Turkish man, and her ability to walk away, pursue her educational aspirations, and eventually find her way to become the successful and talented writer that she is today.

In 2008, Santiago suffered a stroke that affected her abilities to read and write. Through her determination to overcome this major setback, she developed her own strict rehabilitation routines that led her to recovery and being able to write again. The amazing outcome was her historical novel, Conquistadora (2011), simultaneously published in English and Spanish editions. The novel was regarded by Publisher’s Weekly as a Puerto Rican version of the famous award-winning epic novel made into a movie, Gone with the Wind (1939), about the life of a wealthy family in a U.S. southern plantation during the times of slavery and the years of the American Civil War (1861-1865).

To this day, Conquistadora is Santiago’s most accomplished novel; praised by numerous critics and writers. Most of the novel’s events take place between 1844 and 1865. The individual and collective stories and experiences of the vast array of characters in the novel, includes those of its daring, ambitious, smart, and complicated woman protagonist, a member of a wealthy Spanish family, descendants of individuals who participated in the expeditions of the early conquistadors to what later became the West Indies. At the age of 18, the protagonist marries the son of another affluent family planning to move to San Juan, where they owned various properties. From reading about the stories and adventures of an ancestor who accompanied Juan Ponce de León to the island during the early years of colonization, the protagonist was captivated by the tales of an illusory exotic, enchanting, and promising environment of the island. Hence, she pressured her husband and his twin brother, to follow the family to Puerto Rico and settle in a sugar hacienda the brothers had inherited in the western coast of the island. Over a period of two decades, this cast of characters is surrounded by the isolated and rustic rural life of the hacienda and its sugar cane fields and mills; a world dominated by the colonial history of sugar production for the U.S. market and by patrician relations between masters and enslaved laborers trying to survive their subjugation, whose forced labor supported the sugar empire economy of the West Indies during the second half of the XIX century. These characters also faced natural disasters (e.g., hurricanes, epidemics, constant rains, wildfires), along with the cruelty, violence, and tragedy of colonial relations between landowners and their enslaved African and creole peasant workers. Moreover, during the last few years of the novel, the characters’ lives were also subjected to the conflicts created by historical events on the island and the United States that unsettled their world; events prompted primarily by the American Civil War and the abolitionist struggles that led, in the midst of this war, to the emancipation of the enslaved population in that nation in 1863 and, a decade later, in Puerto Rico in 1873.

Santiago considers herself a women’s writer, as she once told journalist Carmen Dolores Hernández in a 1997 interview: “I write for women. I don’t care if men read my work; it doesn’t matter to me. I’m very deliberate about that. […] It’s women’s lives I’m interested in” (160). And just as the author tries to reach out to women in her narratives, her female characters are examples of how Puerto Rican women struggle and endure the oppressive conditions ingrained in their own culture and society, as well as those they confront in the United States.

Although Santiago writes primarily in English, she has participated in the translation of some of her novels into Spanish. Most of her works to date have been translated into Spanish and several other languages; which means that she has developed a growing readership in Puerto Rico, Spanish-speaking countries, and other countries.