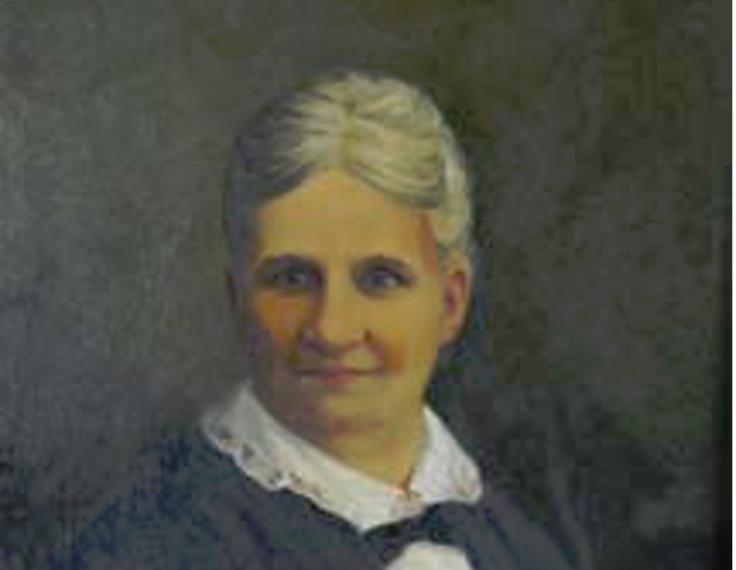 Ana Roqué Géigel de Duprey led the fight for women’s rights, especially the right to vote. Her outstanding work in fields traditionally occupied by men opened doors for many other women to succeed in Puerto Rican society in the late 19th and early 20th century.

She was born in Aguadilla on April 18, 1853. Her parents were Ricardo Roque and Ana Cristina Geigel Suárez. Her mother died when she was four years old. She was mainly educated by her grandmother, Ana Echevarría Sapia de Roqué, a retired teacher. From an early age, she learned to read and write.

From age eleven on, Ana was an assistant teacher while also taking courses in piano, accounting, advanced arithmetic, English and French. At age 13, she passed the exam for elementary teachers and began teaching math in her aunts’ private school, where she also continued her own studies.

In 1872, she married landowner Luis Duprey. They had five children. In 1878, the family moved to San Juan and Duprey died two years later. Their house was a center for literary and artistic gatherings and talks. Writers such as Alejandro Tapia and Carmela Eulate Sanjurjo, among others, met there.

In 1885, she began independent bachelor’s studies and earned a degree from the San Juan Civil Institute of Secondary Education. Later, she passed the exam to be a high school teacher. She worked in Humacao, Mayagüez, Vega Baja, Quebradillas and Ponce. In Ponce she founded the Ponce Lyceum in 1903 and was its director for five years. Meanwhile, she continued studying botany, geography, meteorology, philosophy and astronomy on her own.

In August of 1917, after the approval of the Jones Act, she founded the first association to promote women’s rights to vote. She called it the Puerto Rican Feminine League. In the magazine “The 20th Century Woman,” which she founded that year, Ana Roqué became an active defender of the women’s movement and the right of women to participate in politics, when those ideas began to spread in the United States and England. Through the magazine, she got many “elite property-owning, professional and intellectual women of the nation” to join the League. That organization, and later the Puerto Rican Association of Suffragist Women created in 1925, promoted the right to vote for women who knew how to read and write. Other women who worked alongside her were Isabel Andreu de Aguilar (1887-1948) and Mercedes Solá (1879-1923).

Literate women were given the right to vote in 1929. Similarly, suffragist leader Luisa Capetillo (1879-1922), and others, supported the right to vote for all women, whether they could read and write. The universal right to vote was approved by the Puerto Rico Legislature in 1935.

Ana Roqué was a woman ahead of her times. In the field of journalism, she made unique contributions for her era, when the owners and writers for the newspapers were all men. In 1894, she founded the magazine “The Woman,” considered the first periodical in Puerto Rico aimed at women. The publication not only provided vocational training and offered scholarships for young women who wanted to go into teaching, but also promoted, from its beginning, women’s rights to participate in all aspects of public life.

She also contributed to other magazines and newspapers such as “La Ilustración Puertorriqueña,” “El Buscapié,” “Puerto Rico Ilustrado” and “El Mundo,” among others. She sometimes wrote under the pseudonyms Aquemora and Flora del Valle. She also contributed to the field of literature with stories such as “Pasatiempos” (1894), “Novelas y cuentos” (1895) and novels such as “Sara la obrera” (1895) and “Luz y sombra” (1903).

She also made notable contributions in geography, astronomy and botany. When she taught classes in the schools, she noted the lack of science books in Puerto Rico. In 1887, she wrote “Geografía universal,” which was later used in the schools in Puerto Rico until 1898. She was also interested in the Island’s flora and fauna, and for more than ten years she dedicated herself to writing, in English and Spanish, her book “Botánica de las Antillas.”

Astronomy was another one Ana Roqué’s passions. She gave lectures and prepared a section on the heavens of Puerto Rico and astronomical activity in the work “El libro de Puerto Rico” by Eugenio Fernández García. Her research was recognized by the Astronomical Society of France, which made her an honorary member. She died in Río Piedras at age 80 in 1933.