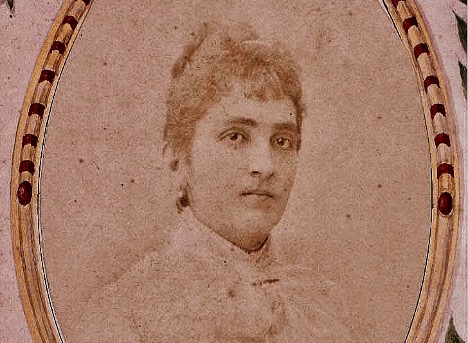 Ana Otero Hernández was known as the successor to the great pianist Manuel Gregorio Tavárez, in his own words. She was also the first woman in Puerto Rico to conduct an orchestra.

She was the fifth daughter of Carmen Hernández and Ignacio Otero. She was born July 24, 1861. She began to study piano at age four with her father, who ran a music academy. In addition to owning a theater in Humacao, don Ignacio was the first to bring a piano to the town.

Her other teachers were Concepción Gadea and Ramón Tinajero. Anita, as she was known, was among the first female Puerto Ricans known for playing the piano and distinguishing herself in composing and teaching music. In the 19th century, an era when knowing how to play the piano was a skill practically like knowing how to sew or embroider, she received a superior education in classical music and made music her profession.

After much discussion with her family, which did not want her to go alone to Europe to study, in 1887, at age 26 and after performing many concerts on the Island that allowed her to gather the needed resources, she traveled to Barcelona to study at the Conservatory. Later, looking for the best place to study at the time, she moved to the Conservatory in Paris. There she was a student of Antoine Francois Marmontel, Damien Tissot and M. Toandau. When she finished her studies, she performed concerts in Barcelona, Madrid and Paris. She was a standout especially in Paris, where she performed a concert at the Pleyel hall in April of 1889, to very positive reviews. Present at the concert was Dr. Ramón Emeterio Betances, who also praised the artist, as reported in the Puerto Rico Magazine, the organ of the Puerto Rican Autonomist Party in Ponce on May 31, 1889: “The country that produces talent such as yours deserves more than it has.”

Returning to Puerto Rico in early 1890, she resumed her activities as a teacher and concert pianist. In 1892, she performed concerts in Caracas, San José (Costa Rica) and the cities of New York, Baltimore, Boston, Chicago and Philadelphia. From 1893 to 1896, she remained active abroad and became known as a professor of piano in New York. Not long thereafter, following the death of her father, she decided to stay in Puerto Rico.  Her Otero Music Academy in San Juan was the most prestigious in Puerto Rico during the first years of the 20th century. Among her students there were Monsita Ferrer, Rosa Galiñanes, Julia Otero, Alicia Sicardó and several other pianists who dedicated themselves to teaching.

Among her compositions were the danza “Atrevimiento” and the waltzes “Premiere pensée” and “Vals concierto.” Juan Morel Campos dedicated the danza “Anita” to her, Manuel Gregorio Tavárez did the same with a danza “Un recuerdito,” while Gonzalo Nuñez recognized her with “Danza Núm. 8.”